A woman has been fined and ordered to pay significant costs after she illegally dumped rubbish in a country lane in the Harborough district.

Marta Dominiak (35) dumped a large amount of packaging, food waste and food crates on a grass verge in Covert Lane, Scraptoft in March 2017. 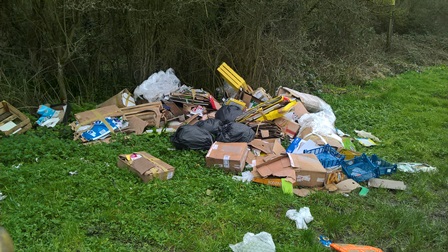 The rubbish related to a shop in Wigston, owned by Ms Dominiak, and evidence found at the scene enabled Harborough District Council to trace the incident back to her.

Despite initially refusing to comply with the council’s investigation and attend an interview, Ms Dominiak pleaded guilty to four offences relating to the incident at Leicester Magistrates’ Court on 13 June 2018.

The court heard that Ms Dominiak’s business has now closed down and that she fully accepts by not attending for an interview she caused the Council additional work.  She was also given credit for her early guilty plea. 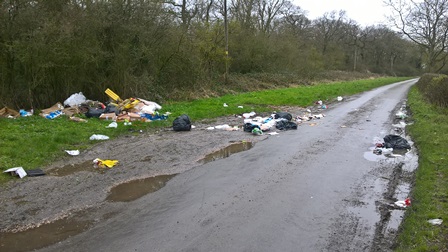 Earlier this year, Ms Dominiak was refused permission from Leicester City Council to open a shop due to her failure to cooperate with the ongoing flytipping investigation.

Cllr Jonathan Bateman, Harborough District Council’s portfolio holder for environment and regulatory services, said: “This is a hugely successful prosecution and sends out a message to anyone who might consider dumping rubbish illegally. The clearing up costs to the council, and thus taxpayers, were considerable and we are pleased that the defendant – as well as being fined – has been ordered by the court to pay back these significant costs in full.”

This conviction builds on the success of Harborough District Council’s ‘Tip Off’ campaign which has been highlighting the impact of flytipping on the district.