A hero soldier, killed in action during World War 2, whose name was missed off a town’s war memorial has finally been honoured at a special ceremony. 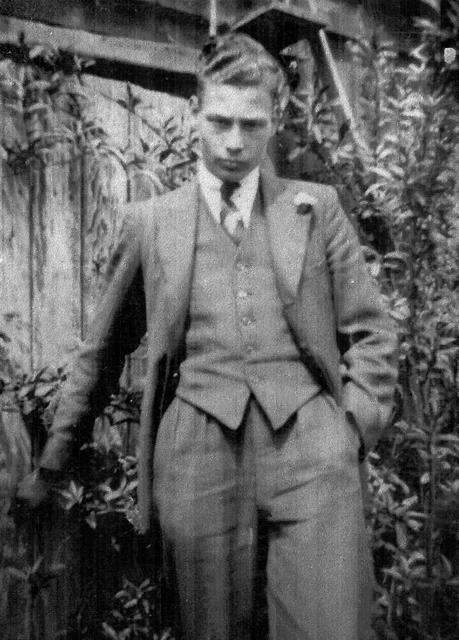 Market Harborough soldier Private Ballard William Coleman (pictured) was killed – aged just 19 – by enemy soldiers on a mission in Norway during World War II, but his name was missed off the town’s war memorial because, when it was erected at the end of the war, due to his grandparents having passed away, and his sister Violet Vendy being seriously ill in hospital.

When Private Coleman’s nephew Trevor Vendy (76) recently contacted the Chairman of the Market Harborough branch of the Royal British Legion (RBL), they set about – along with Harborough District Council – to correct the omission.

And at a special ceremony held at the Memorial Gates in Market Harborough Saturday, 1 September 2018 Private Coleman’s name was unveiled on a name plate alongside fellow war heroes.  The ceremony took place in the presence of Mr Vendy and his sister Jill Rickard and in front of Regimental representatives, Deputy Lieutenant of Leicestershire, RBL representatives, Cadet Groups, councillors and family members.

Councillor Lesley Bowles, chairman of Harborough District Council said: “It was an incredibly moving and poignant occasion. No-one who fought and gave their life during World War 2 should be forgotten. So we are very proud that, alongside the RBL, we’ve been able to provide a permanent tribute to ensure this young soldier’s name will always be remembered.” 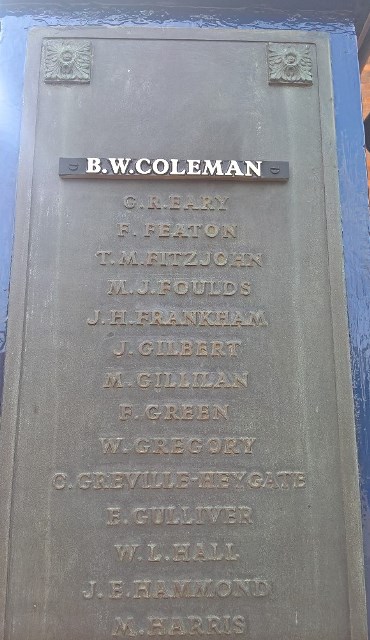 John Standish, Chairman of the Market Harborough Branch of the RBL, said: “As custodians of Remembrance, the Royal British Legion believes it is important that all who gave their lives are suitably remembered. It was a privilege to meet Mr Vendy and help to get Pte Coleman’s name added to the WW2 Memorial. This would not have been possible without the help of Harborough District Council for which the branch is very grateful. I am very disappointed that I am not able to attend the ceremony; I am sure it will be a very moving occasion. Pte Coleman’s name will be included on a cross in the Garden of Remembrance this year.”

Ballard Coleman was living with his grandparents  at 16 Gardner Street in Market Harborough, working at Spencer’s Engineering, and had joined the Territorial Army based in Coventry Road.  He was with the 1st/5th Battalion and mobilised to Lillehammer in Norway to try to stem the advancing German troops.  On 25 April 1940 Private Coleman, along with two other local soldiers Jim Adcock and Len Blackmore, were in a small party sent forward to set road traps near Tretton.

Whilst advancing, a group of German soldiers opened fire and the men tried to clamber over a wall.  Pte Coleman, who was only 19, didn’t manage it in time and was hit by the bullets.  He was later buried in the Lillehammer Civil Cemetery.   Jim Adcock was taken prisoner and Len Blackmore escaped making his way to Sweden and back home. 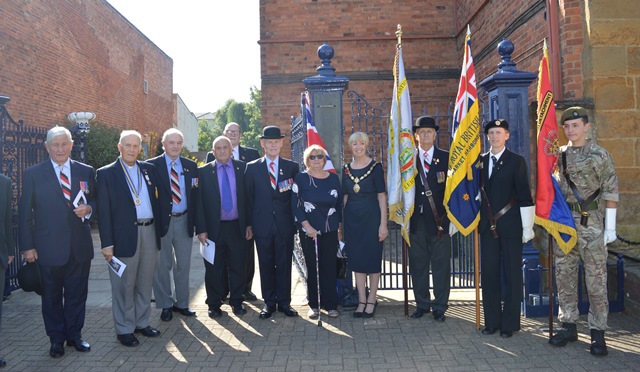 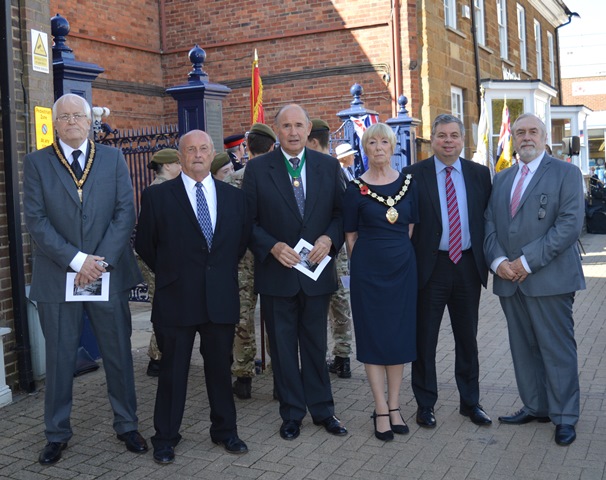