Members of the Armed Forces community in Harborough District and two neighbouring local authority areas are to get help and support from a new, dedicated council officer. 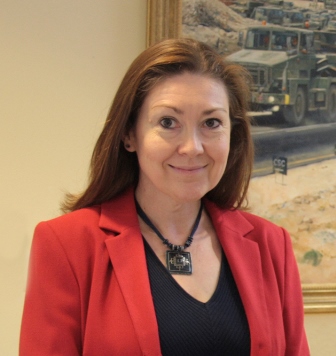 Her role is to support Armed Forces personnel, reservists, veterans, service families and bereaved families in each of the three areas – making sure that anyone with a connection to the Armed Forces, past or present, can access services like healthcare and education, as well as employment, training and housing.

Speaking about her appointment, Michelle said: “Our Armed Forces do an incredible job under really difficult circumstances. Not only do they face real danger, risking serious injury and even their lives, in the line of duty, they also sacrifice lots of basic freedoms that civilians can often take for granted.

“It’s hugely important that we do everything we can to support the Armed Forces and help them overcome any obstacles they may face as a result of military life – either while serving or afterwards. Families also play a vital role in supporting our Armed Forces, which is why I’m not just here to help service personnel. I feel very strongly that our Armed Forces Community, young and old, are an asset to where we live, contributing widely in many volunteer roles and enriching the diversity of our county.”

Councillor Michael Rook, the Armed Forces Champion for Harborough District Council said: “We are committed to providing all the help and support we can to the Armed Forces and their families.  Michelle will strengthen the bonds between communities; raise awareness by signposting people to information and support.  The Armed Forces Covenant is a commitment from the nation that those who serve or have served, along with their families, are treated fairly and the invaluable support Michelle will provide, upholds this.”

People can contact the Armed Forces Officer for Harborough Rutland and South Kesteven by emailing: armedforces@harborough.gov.uk or calling: 01572 722 577.

The appointment of a dedicated Armed Forces Officer for Rutland, Harborough District and South Kesteven follows a success bid for £111,550 of Armed Forces Covenant Funding to deliver a range of activities aimed at supporting local armed forces personnel and their families, as well as strengthening ties between the armed forces and communities in each of these areas.

Other activity planned as part of an ongoing two-year project led by the Armed Forces Officer will include: