Harborough District Council was delighted to host a children’s fancy dress competition at the Market Hall on Northampton Road. 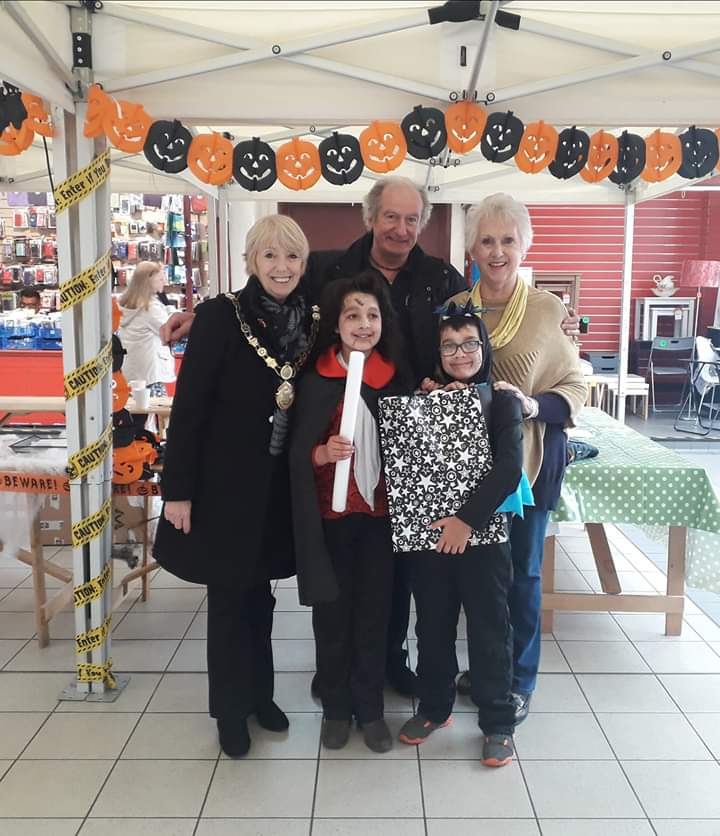 The judges, Chairman of Harborough District Council, Cllr Lesley Bowles, Harborough Theatre Wardrobe Co-ordinator Jan Cross and Barry Badger from HFM, were left impressed by the standard of entries and originality demonstrated by the children.

Cllr Lesley Bowles said: “I was very pleased to be invited to judge the Halloween competitions at the Market. The standard of some of the fancy dress costumes was outstanding and we genuinely struggled to choose a winner.”

The winner of the 0-6yrs category was Sofia Tischliar who dressed as cat and such was the competition in the 7-16 category, that brother and sister Aisha and Danyal Readhead were announced joint winners for their zombie vampire and zombie bat costumes.

Cllr Bowles added: “Its wonderful to see children taking part in events in the town so well done to all who entered and to the winners”

Harborough Market, which is operated by Harborough District Council, is open 8am to 5pm Tuesday to Saturday and 10am to 4pm for the popular Sunday Antiques Market.