Young people to ‘fulfil potential’ thanks to award

Young people are being offered a unique opportunity to fulfil their potential thanks to a special grant in honour of local trailblazer.

Harborough District Council has launched the annual ‘Nellie Taylor Award’ for young people between 14 and 25 years old, living in the Harborough district, to help them fulfil their potential by applying for a grant of up to £2,000. 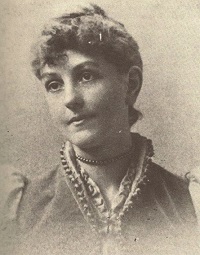 Schools, employers, community groups, friends or family can nominate individuals, or young people can apply themselves.

The successful applicant, or applicants, could use the funding for gaining a qualification, starting a business, improving their prospects of gaining full time employment, or something else which will help them.

The deadline for applications is Friday 14 December 2018.

The award is named after the suffragette Nellie Taylor (pictured), who lived in Smeeton Westerby and who campaigned vigorously for women’s right to vote. In 1910, she organised meetings in Kibworth to give local women the opportunity to hear speeches by famous suffragettes. Nellie became a very active member of the Women's Social and Political Union, which was the leading organisation campaigning for Women's suffrage in the United Kingdom.

The idea for the award is part of the Council’s plans to celebrate the centenary of the 1918 Representation of the People Act which, for the first time, gave women the right to vote.

Cllr Neil Bannister, Leader of Harborough District Council said: “This year is a celebration of democracy and 100 years since women were first granted the right to vote. In the spirit of the suffragettes, such as Nellie Taylor, who campaigned so vehemently to achieve their goals; we hope this funding will give young people, who meet the criteria, a great opportunity to achieve their potential and realise their ambitions.”

Apply for the Nellie Taylor Award at www.harborough.gov.uk/nellietayloraward