The artist chosen to create a piece of artwork, commemorating 100 years since women gained the right to vote, has shared a sneak preview of the eagerly-awaited project.

Artist Derek Hunt invited the Chairman of Harborough District Council, Lesley Bowles (both pictured) to his Medbourne studio to see how the project is progressing.

To mark the centenary of Women’s Suffrage, Harborough District Council commissioned the piece of artwork which was chosen after the public were invited to nominate their favourite from three proposals.

Derek’s design – which uses intricately mounted coloured glass featuring images of local suffragettes – will be unveiled at The Symington Building in Market Harborough on 14 December 2018 – 100 years to the day that some women were allowed to go to the polls and vote for the first time.

Councillor Lesley Bowles, Chairman of the Council, said: “It was very exciting to see how this project is taking shape. It’s great that the public have been so involved in this and I’m looking forward to the unveiling next month.”

Derek said: “I was absolutely thrilled to be commissioned to create this piece of work for an iconic building. I am working hard to complete it and hope that people will appreciate what it represents historically.”

The Representation of the People Act 1918 widened the right to vote by abolishing practically all property qualifications for men (which had restricted many men’s right to vote) and – for the first time – granting the right to vote to women over 30 who met minimum property qualifications. The breakthrough for women’s suffrage was accepted as recognition of the contribution made by women defence workers. However, women were still not politically equal to men (who could vote from the age of 21); full electoral equality did not occur until the Representation of the People (Equal Franchise) Act 1928. 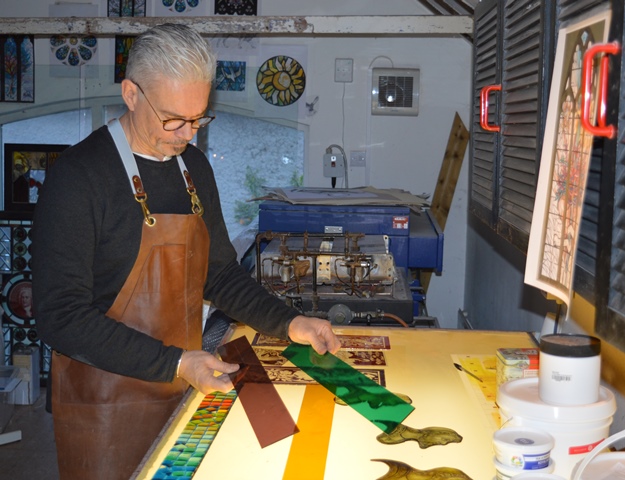 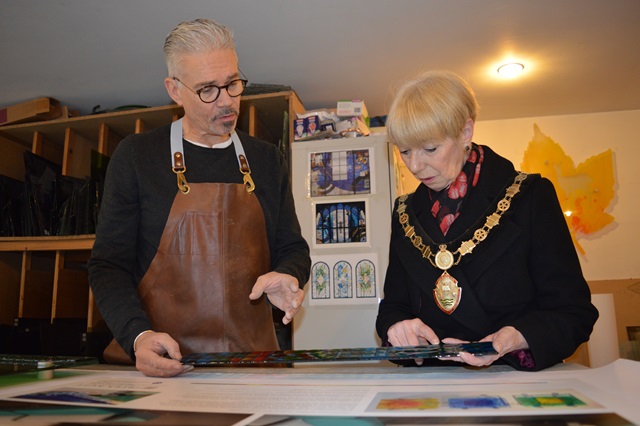 Derek Hunt at work in his studio (left) and with Chairman of Harborough District Council, Cllr Lesley Bowles (right)