Hero soldiers from a village in the Harborough district, who made the ultimate sacrifice during World War I, have been honoured by having streets named after them.

Brothers Harold and Thomas Stacey, and Frank and Fred Harris have had streets named after them on a new development being built by William Davis Homes in the village of Houghton on the Hill where they once lived. It was decided to name the streets using names from the village war memorial. 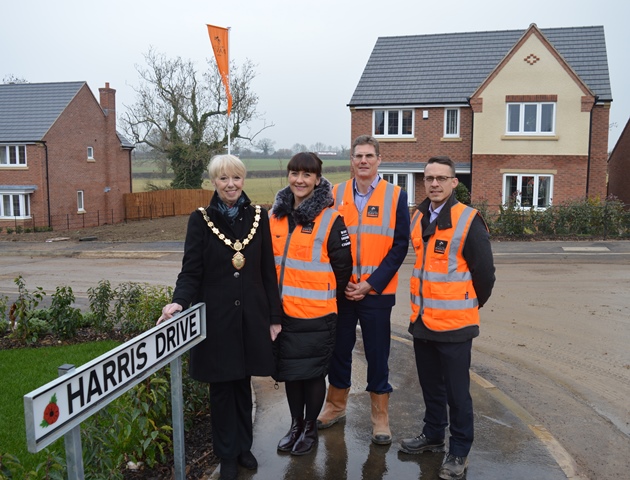 Special street signs for Stacey Avenue and Harris Drive, emblazoned with a poppy motif to show their significance, were officially unveiled this week by Harborough District Council’s Chairman Lesley Bowles, and representatives of William Davis Homes.

Councillor Bowles said: “This is a lovely tribute to those local soldiers who fought and died for their country. It will ensure the sacrifice these heroes gave is remembered now and by future generations.”

David Dodge, development director, William Davis Homes, said: “It’s an honour and highly appropriate to mark the anniversary of WWI with the acknowledgement of the contribution of these local men. Dedicating these new roads to their memory provides a tangible link between villagers of the past and the new families coming to live here. We’re very proud to be part of that.”

Working with developers, over the coming weeks, the Council is set to unveil more new street names dedicated to WWI soldiers as well as local female pioneers and women who campaigned for universal suffrage.

The initiative is part of Harborough District Council’s commemorations marking 100 years since the end of World War One and the Representation of the People Act with which, for the first time, women gained the right to vote. 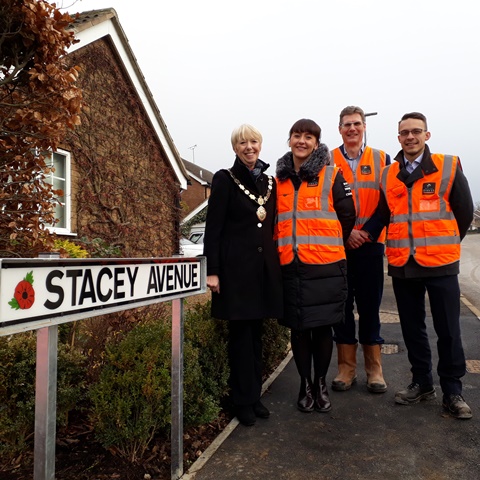