A stunning piece of artwork, celebrating 100 years since women first gained the right to vote, has been unveiled at a public building.

To mark the centenary of Women’s Suffrage, Harborough District Council commissioned a piece of artwork to be installed at The Symington Building in Market Harborough. 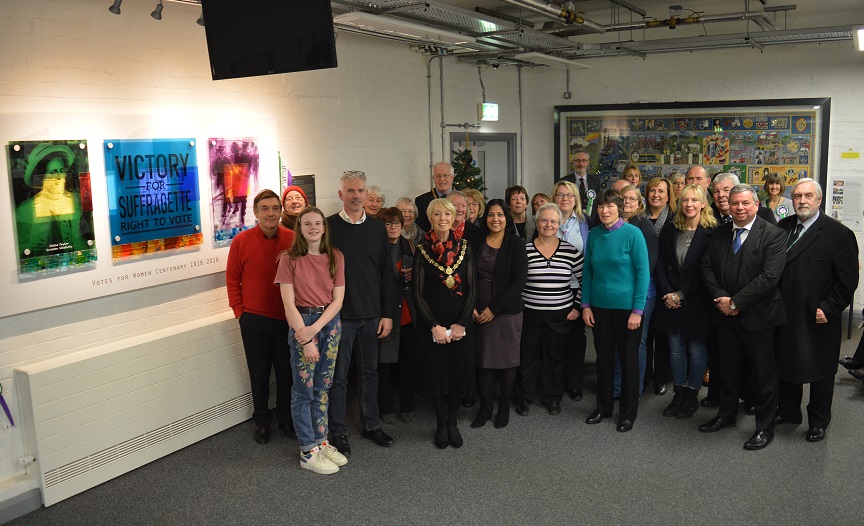 The public were asked to nominate their favourite piece of artwork from the three proposals.

Just over 600 nominations were received with Medbourne-based artist Derek Hunt finally selected to create the centrepiece (pictured below).

Derek’s design – which uses intricately mounted coloured glass featuring images of local suffragettes – was unveiled at The Symington Building in Market Harborough on 14 December 2018 – 100 years to the day that some women were allowed to go to the polls and vote for the first time.

Harborough District Council’s Chairman Lesley Bowles, who unveiled the artwork, said: “I was so proud to be asked to unveil this stunning piece of artwork which represents the struggles of the suffragettes in gaining the right to vote – which today many of us take for granted. I hope when people see this installation they think about these pioneering women, all those years ago, and how their determination ultimately led to universal suffrage and our right to have our say at the polls.”

The artwork celebrates 100 years since the 1918 Representation of the People Act which, for the first time, gave women the right to vote.

Mr Hunt said: “I was delighted to be asked to create an artwork celebrating the centenary of women winning the right to vote. In designing for this project, I wanted to ensure the new artwork harmonised with the existing black and white historic photographs in The Symington Building, so I contacted the Leicestershire Records Office who were able to source fantastic images of suffragettes as featured in old Leicester newspaper articles. In particular, we were able to find a photograph of the local suffragette Nellie Taylor from Smeeton Westerby, and she features in the final design. The artwork is a wall mounted colourful glass sculpture which combines screen printed historic images of suffragettes, together with fused glass and stainless steel to create an uplifting celebration of their struggle for equality.”

The artwork is one of several projects, commissioned by the Council in 2018 across the district, to commemorate 100 years since the 1918 Representation of the People Act and the end of World War One. 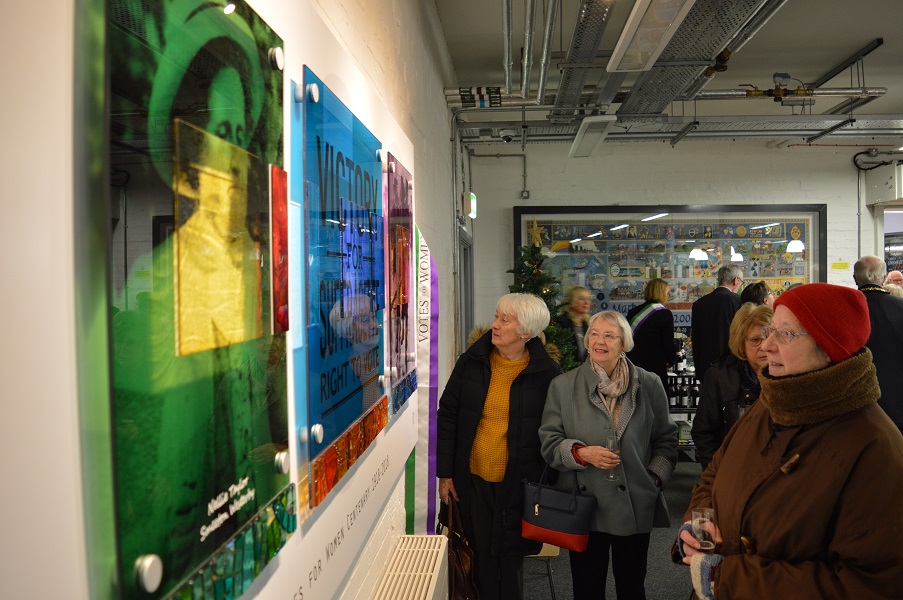