Flytipper caught in the act by hidden CCTV camera

A man, in his 20s, who was caught on camera dumping rubbish illegally at a flytipping hotspot in the Harborough district, has been ordered to pay £400.

The man, from Leicester, dumped a washing machine (pictured below) in Covert Lane, Scraptoft, assisted by two other men, at approximately 5.45pm on 4 November 2018.

Harborough District Council managed to trace the man through the hire van he was driving after a covert CCTV camera captured the footage.

He confessed to the offence during an interview under caution and was issued with a fixed penalty notice of £400.

Councillor Jonathan Bateman, Harborough District Council’s portfolio holder for environment and regulatory services, said: “I hope this sends out a strong message that if you are prepared to dump rubbish illegally in Harborough district we might be watching you! This is a reminder that we have mobile CCTV in various flytipping hotspots across the district and are prepared to issue penalties to anyone caught out.”

In 2016, Harborough District Council launched its Tip Off campaign to help crackdown on people flytipping in the district resulting in a number of successful court convictions, as well as making it easier for residents to report incidents.

Report flytipping or find out more about Tip Off at www.harborough.gov.uk/tip-off 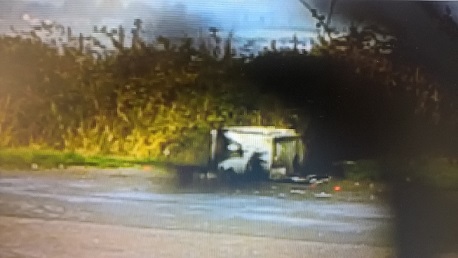