Councillor Barbara Johnson has been elected as the chairman of Harborough District Council for 2019/20.

Cllr Johnson took over from outgoing chairman Cllr Lesley Bowles at the Annual Council meeting on 20 May 2019. 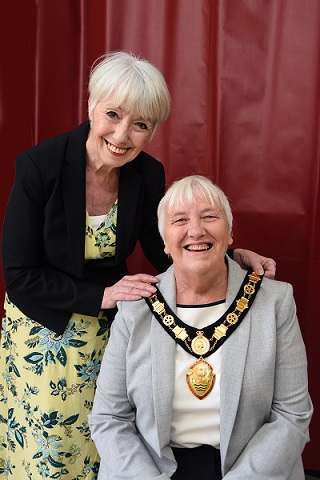 She is also chair of the Market Harborough Medical Centre’s Patient Participation Group, a trustee of the Howard Watson Symington Memorial Charity and governor at a local primary school. As well as this, she said she is very keen, as Chairman, to engage with small community groups across the whole district.

The new Chairman’s chosen charity for the year will be Spectrum LAS – a support group for parents and carers of children, young people and adults on the Autism Spectrum or on the Autism diagnosis pathway.

Outgoing chairman Lesley Bowles thanked those who had supported her during her year in office.

She unveiled a poppy drop from the Tower of St Peter and St Paul at Great Bowden, having knitted some poppies herself, along with members of Council staff, to be added to the display.

Cllr Bowles also hosted lunch for 31 local women including female civic dignitaries, councillors, and leading business women, to celebrate the role of the Suffragettes in giving women the right to vote to raise funds for a women’s charity – Bridge House, part of Action Homeless. 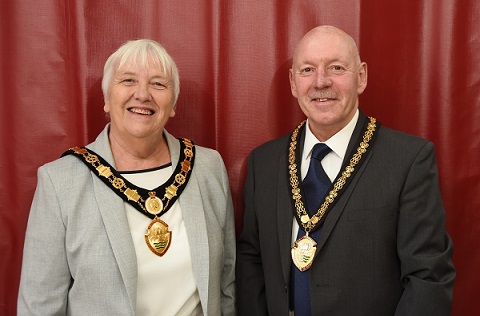