Could you help out in emergency?

Would you be prepared to be called upon in the event of a flood, fire or any other major emergency in the Harborough district?

If so, come along to the British Red Cross stand in the Commons Car Park in Market Harborough on Friday 7 June 2019, from 11am to 2.30pm, during National Volunteers Week. 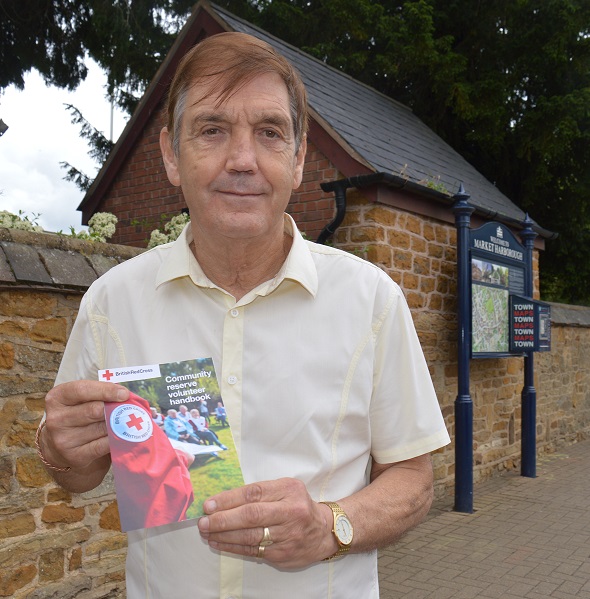 Harborough District Council will also be supporting the stand and, alongside the Red Cross, encouraging people to become community reserve volunteers.

A Community Reserve Volunteer is anyone, aged 18 or over, who wants to help their local community if a large incident should occur, but cannot commit to volunteering with the British Red Cross on a regular basis. Volunteers will go on a list of people who can be contacted if they’re available to help out in the event of an emergency if additional support is required.

Volunteers will not be required to deal directly with those affected by an emergency; instead they might be asked to help fill sandbags, put together food packages, support the emergency services at a rest centre, or provide transport assistance during severe weather.

Training, such as first aid, can be provided to those who would like it.

Councillor Michael Rickman, Harborough District Council’s emergency planning lead, said: “Being a community reserve volunteer is a perfect way to get involved if you are someone who naturally feels the urge to help others, but don’t have the time to commit to volunteering all year round. It’s also a great way to meet new people, learn new skills and give practical help to your community when it’s needed. We’d be delighted to hear from you if this is something you would be interested in.”

Find out more at www.redcross.org.uk/reserves

Pictured: Cllr Michael Rickman at the Commons car park, where the stand will be, with the British Red Cross Community Reserve Volunteer handbook