Helping communities ensure their neighbourhood plans are as effective as possible was the key aim of a high-profile event held in Market Harborough.

Harborough District Council’s Neighbourhood Planning Conference, which took place at The Three Swans Hotel in Market Harborough on 6 June 2019, was held to help parish councils, planning authorities, and others, improve neighbourhood plans in the future. 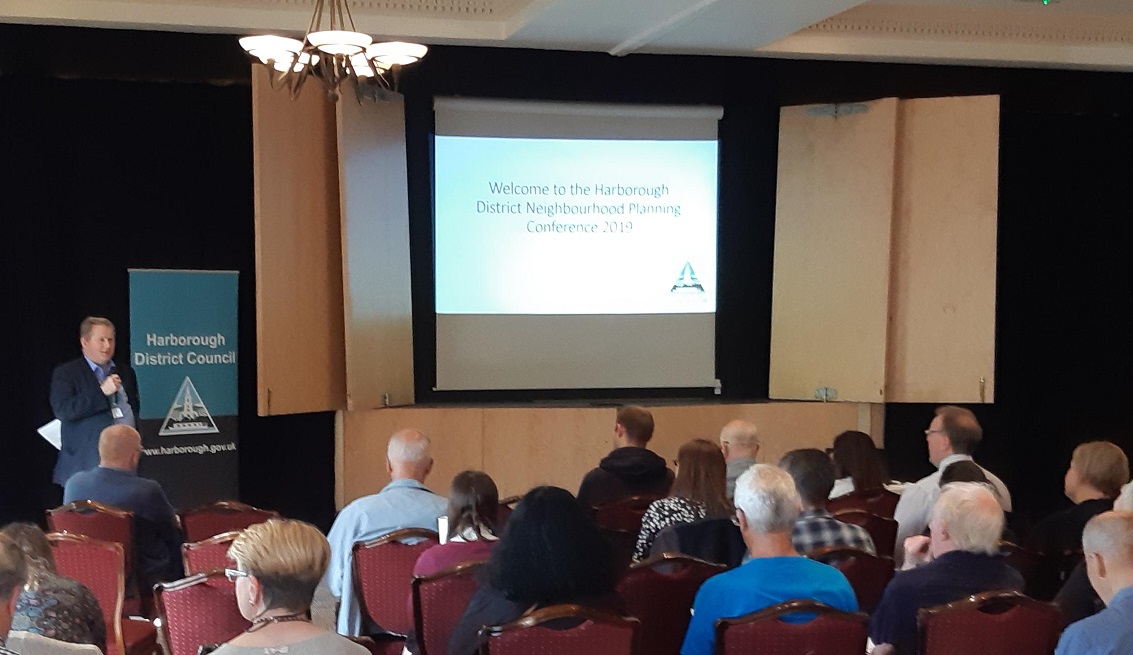 Neighbourhood planning is a way for communities to help decide the future of the places where they live and work.  After submission, independent examination and agreement by the Council, a referendum is held and villagers go to the polls to decide whether to say ‘yes’ or ‘no’ to their neighbourhood plan.

In 2014, Harborough District Council made history when Broughton Astley became the first village in the East Midlands to have its neighbourhood plan adopted. Since then, a further 19 villages in the Harborough district have had their neighbourhood plans adopted thanks to support from the district council.

Cllr Phil King, Leader of Harborough District Council, said: “This event not only helped communities preparing and reviewing Neighbourhood Plans, it also ensured that the delegates had the latest information to help their work. It was a pleasure to hear from the leading figures in neighbourhood planning and have an opportunity to share knowledge and expertise with a wider audience – including many attendees from outside the district.”

Delegates got to hear from the perspective of a Neighbourhood Plan examiner, Nigel McGurk, who said that neighbourhood plans provide an opportunity for residents to make where they live better places. Mr McGurk said he would like to see more ‘truly aspirational’ plans being submitted for examination, and encouraged communities to ‘push the envelope’ on what policies strive to achieve.

Opportunities were available to question the speakers, and other experts, and to share valuable knowledge and insight to assist in preparation for referendums, and to help understand how planners use policies to determine planning applications.

Locality is the national membership network supporting local community organisations to be strong and successful. Locality gave an update on the national picture of Neighbourhood Planning.

Gary Kirk MA, MCIH, CQSW, Director of Yourlocale, gave an insight into some of the problems that can be encountered by Neighbourhood Plan groups - and the solutions. YourLocale is a Neighbourhood Plan consultancy based in Harborough district which works with Town and Parish Councils and Neighbourhood Forums across Leicestershire and into Warwickshire, Nottinghamshire and Northamptonshire. YourLocale has been working with communities for over 5 years and has so far helped support 26 Parishes through a successful referendum, including 15 in the Harborough district.

Nigel McGurk BSc (Hons) MCD MBA MRTPI - Erimax Limited (Land, Planning and Communities) is one of the country’s most experienced neighbourhood plan examiners, having examined over a hundred plans since 2012. He is also an experienced Planning Inspector and has determined around a thousand appeals in England and for the States of Jersey Government.