Praise for joint working for community

An innovative neighbourhood plan, which involved close joint working between the Council and a village in the Harborough district, has been recognised at a national level.

Harborough District Council and the Saddington Parish Neighbourhood Forum have been presented with a certificate for reaching the finals of the prestigious Planning Awards 2019 awards which celebrate “excellence in planning and placemaking.” 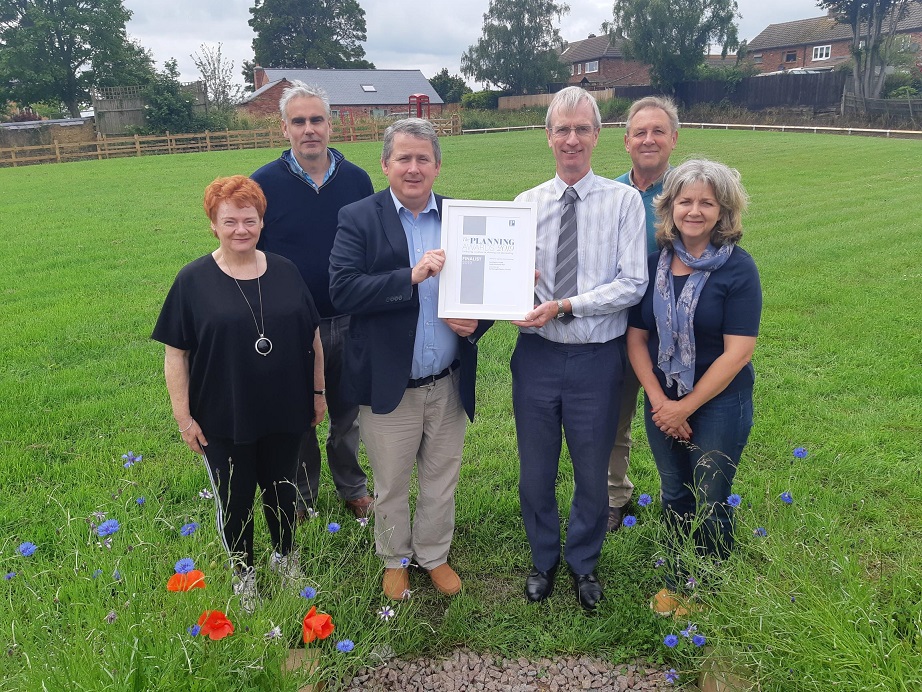 Despite not winning the Neighbourhood Planning category at the Planning Awards held in London earlier this month, the Leader of the Council Phil King has praised the achievement in reaching the finals.

Cllr Phil King, Leader of Harborough District Council and strategic planning lead, said: “This achievement is an acknowledgement of the excellent partnership working between the volunteer members of Saddington Parish Neighbourhood Forum and the Council – my congratulations to all involved.”

Neighbourhood planning is a way for communities to help decide the future of the places where they live and work. After submission, independent examination and agreement by the Council, a referendum is held and villagers go to the polls to decide whether to say ‘yes’ or ‘no’ to their neighbourhood plan.

In 2014, Harborough District Council made history when Broughton Astley became the first village in the East Midlands to have its neighbourhood plan adopted. Since then, more than 20 villages in the Harborough district have brought forward their own neighbourhood plans to the referendum stage – supported all the way by the district council.

Find out more about neighbourhood planning at www.harborough.gov.uk/neighbourhoodplanning