A man who failed to pay a fine after being linked to a fly tipping incident in a country lane in the Harborough district has been ordered to pay over £1,400 by a court.

In September 2018, Vitalijis Grigorjevs (31) of Occupation Road, Corby, put an advert on social media site Facebook asking for someone to remove rubbish from his home. 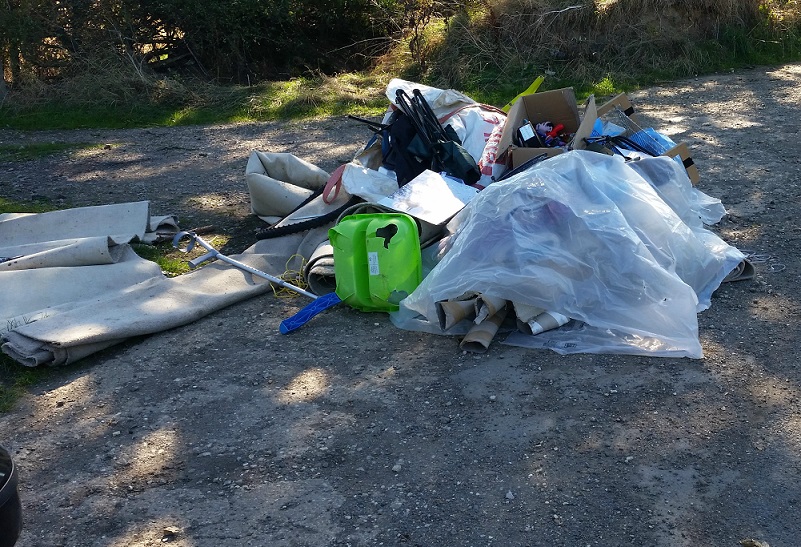 When he was contacted by someone offering to dispose of the waste Grigorjevs failed to check if they held a valid waste carriers licence.

Following a Harborough District Council investigation – publicised earlier this year – the rubbish was traced back to Grigorjevs who was issued with a £300 fixed penalty notice for failing in his ‘duty of care’ to check if the person removing the waste was allowed to do so. But that fine was never paid.

Grigorjevs pleaded guilty at Leicester Magistrates’ Court, on 9 October 2019, to failing to take measures to ensure transfer of his household waste was to an authorised person or person authorised for transport purposes.

In mitigation, the court heard that Grigorjevs accepted the fly tipping was his fault in not checking, and that his landlord had given him short notice to leave his home which was why he had to clear the property quickly. Grigorjevs had also co-operated fully with the Council’s investigation.

When asked by the Magistrates why he had not paid the fixed penalty he said he was out of work so could not pay – but had failed to inform the Council of this. He was given credit for early guilty plea and the fine reduced.

Cllr Jonathan Bateman, Harborough District Council’s Cabinet member for regulatory services, said: “This is another success for our Tip Off campaign which is proactively cracking down on fly tipping across the district. This case sends out a strong message that we take these offences very seriously and will pursue them through the courts if necessary to achieve a successful outcome.”

Fly tipping data from the Department of Environment Food and Rural Affairs shows that local authorities dealt with around one million fly tipping incidents in 2017/18. Two thirds involved household waste.  The most common place for it to be dumped is on highways – with the cost of clearance to local authorities in England estimated at £12.2 million.