A joint initiative helping identify the needs of the Armed Forces community has received high-profile backing from the Government’s Veterans’ Minister.

Johnny Mercer MP, the Minister for Military Personnel and Veterans in the Ministry of Defence and Minister for Veterans’ Affairs in the Cabinet Office, has offered his support – via video – as part of a special event, held at The Symington Building in Market Harborough, on 25 October 2019, to officially launch the findings of an Armed Forces community survey. 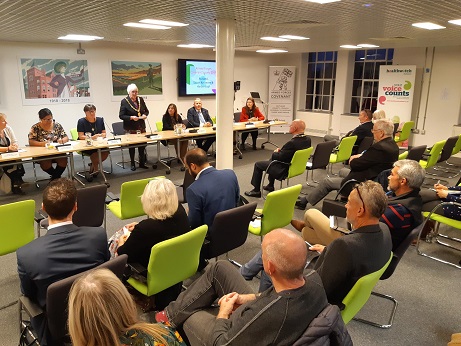 The survey, conducted earlier this year, targeted people with a connection to the British Armed Forces and was developed by Connected Together, Harborough District Council, Rutland County Council and South Kesteven District Council, with a view to understanding all aspects of military life.

The survey had more than 700 responses across the three Council areas. Over half of the people who took part in the survey were veterans and 25 per cent were currently serving or a reservist.

Attendees at Friday’s launch event heard presentations by Harborough District Council’s Chairman Barbara Johnson, the Council’s Armed Forces Champion Rani Mahal, and Council Leader Phil King – as well as an overview of the survey findings and some of the recommendations as a result.

In his video Johnny Mercer MP said: “A massive thank you for what you’ve done on behalf of the MOD (Ministry of Defence) and the whole veterans’ community in your efforts to really understand the challenges and make the transition easier for people who are leaving [the Armed Forces] and make sure the Armed Forces Covenant is honoured in your part of the world.” 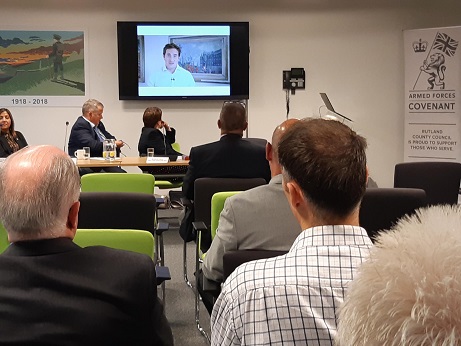 As well as a special message from Johnny Mercer MP; there was also a video message of support from Lt Col Keith Spiers of 7th Infantry Brigade & HQ East [The Desert Rats] – and a question and answer session.

Cllr Rani Mahal, Harborough District Council’s Armed Forces Champion, said: “It is fantastic to get such high-profile backing for the work we are doing in partnership with other Councils. We are all committed to working together to support our Armed Forces community. This survey has helped identify those connected with the Armed Forces within our communities and what support they may need.” 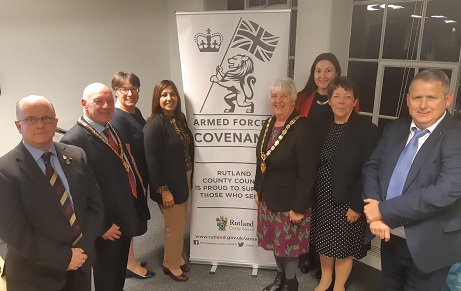 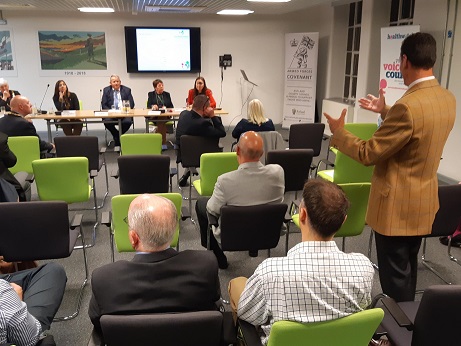