Police Officers investigating a number of incidents of fraud have issued a warning to others after an elderly couple were among the victims.

Since October this year the force has received five reports relating to offences commonly known as courier fraud.

Courier fraud occurs when a fraudster contacts victims by telephone claiming to be a police officer or bank official. The caller sounds plausible and may confirm the victim’s name and address, basic information which could be obtained easily. 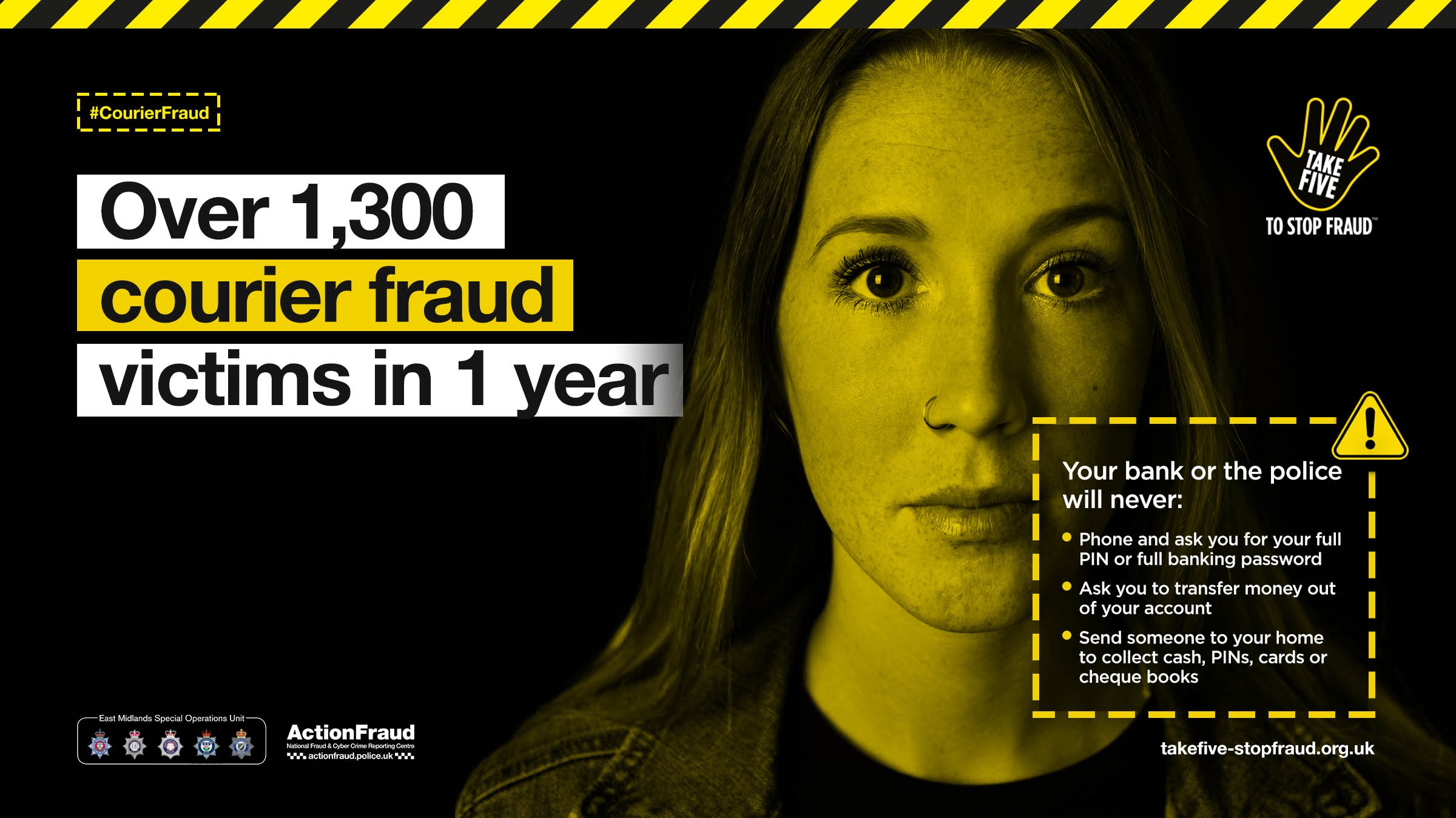 This was the case for an elderly couple from Oakham who in October were contacted in this way. Following that initial call they were contacted again two days later and informed that half the cash that was collected was counterfeit.  The victim was persuaded to withdraw more money however the staff at the bank became suspicious and contacted the police to report their concerns.

In another incident in November a woman in her 60s in Market Harborough was contacted by a man who claimed he was a police officer from a police station in London. The man stated he was investigating fraud at a major bank.  The fraudster persuaded the victim to attend her local branch and a taxi was arranged to take her there.  Fortunately the local taxi firm knew the victim and became suspicious.  They helped the victim contact the force and report the incident.

Paul Wenlock from the force’s economic crime unit, said: “Luckily in two of the five cases the fraud was prevented by either a third party or the victims themselves who became suspicious. This type of offence is of great concern to us. Suspects are targeting, in some occasions, elderly or vulnerable people.  They sound genuine and gain the trust of the victims. The police or banks would not contact people in this way. If you get a call like this hang up.

"If you need to contact your bank to check wait five minutes as fraudsters can stay on the line even after you have hung up, or use a different line altogether.  Your bank cards are yours and never let them be used by others. We are asking people to remain vigilant. If you have elderly neighbours or relatives who don’t access our website or social media sites please advise them of these incidents.

"At times the fraudsters use local taxi firms to transport potential victims to their banks. We would ask taxi companies to be mindful of this and if they have any suspicions to contact the police immediately.

“Further advice about the scam can be found on the Action Fraud website https://www.actionfraud.police.uk/a-z-of-fraud/courier-fraud and the steps people can take to protect themselves.”