A Lutterworth man has been fined £400 after rubbish was dumped on a grass verge in the Harborough district.

The rubbish (pictured), which consisted of household waste, was dumped in November 2019 at Gilmorton Lane, Lutterworth, but was traced back to the resident following an investigation by Harborough District Council. 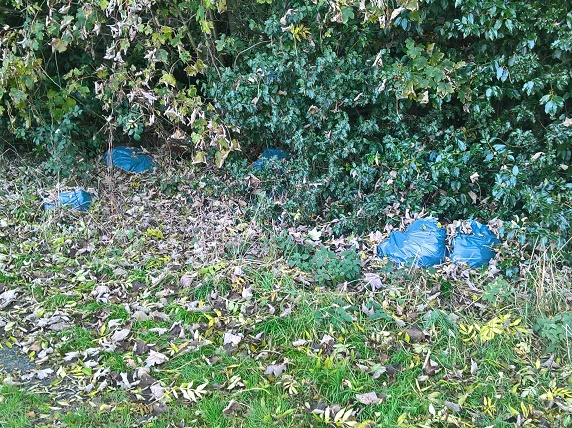 When questioned the man said he had too much rubbish to go in his bin so illegally disposed of it himself.

Councillor Jonathan Bateman, Harborough District Council’s Cabinet lead for regulatory services, said: “Once again we have fined someone who has illegally dumped waste in our district. Fly-tipping is a blight on our countryside and will not be tolerated. Our successful Tip Off campaign, with support of the public, is helping crack down on those who are prepared to flout the law and I am pleased that we have achieved yet another successful investigation.”

Harborough District Council's anti-fly-tipping campaign 'Tip Off' continues to help people report cases of fly-tipping and provide information to help with investigations. It has also resulted in a number of prosecutions and fines.

In November 2019, Harborough District Council reported an unprecedented 27 per cent fall in fly-tipping incidents in the Harborough district in the last year thanks to its tough stance on the issue.

And figures extending to December 2019 showed an even further decline in fly-tipping incidents in the Harborough district of 31 per cent.