A woman has been fined £300 after her rubbish was dumped near to a wildlife hospital and popular football club in Kibworth.

The woman, from Leicester, paid an unlicensed waste carrier to dispose of a large amount of rubbish in his van. This was then illegally dumped in Fleckney Road on 16 January 2020 – just yards from the Leicestershire Wildlife Hospital and Kibworth Town Football Club. 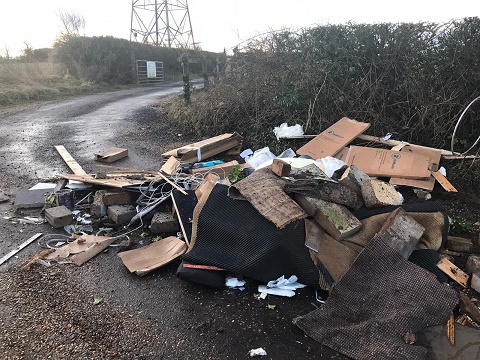 The rubbish (pictured), which consisted of household renovation waste, was traced back to a household in Leicester following an investigation by Harborough District Council’s environmental crime team.

The householder admitted failing to check if the person removing her rubbish had a valid waste carrier’s licence. She was issued with a £300 fixed penalty notice after admitting to the offence under the Environmental Protection Act.

This is the 12th fine issued for fly-tipping offences by Harborough District Council since April 2019.

Cllr Jonathan Bateman, Harborough District Council’s portfolio holder for Environmental Health, said: “The person who dumped this waste should be ashamed of themselves. Thankfully, the tenacity of our environmental crime team has traced the person who allowed this to happen and fined them accordingly. This is another positive outcome for the team and should serve as a reminder to residents to ensure they never use unlicensed waste carriers to dispose of their rubbish.”

Householders are legally responsible for any household waste produced on their property. They have a ‘duty of care’ to check that any person or business disposing of their waste is legally allowed to do so.

Harborough District Council's anti-fly-tipping campaign 'Tip Off' continues to help people report cases of fly-tipping and provide information to help with investigations. It has resulted in a number of prosecutions and fines, and a significant fall in fly-tipping incidents over the past year. 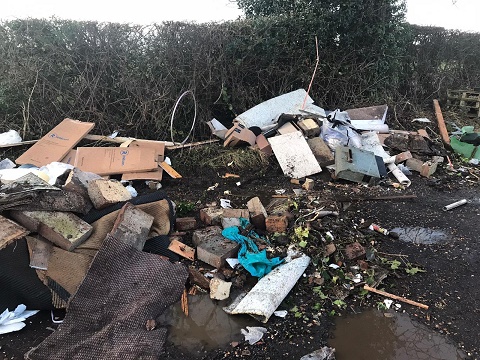