Harborough District Council, in partnership with FCC Environment has restored the garden at St Luke’s Hospital in Market Harborough to its former glory.

St Luke’s put out an appeal on Facebook, asking for help to breathe some life back into the rundown garden. A member of FCC Environment’s staff saw the appeal, and with the help of Harborough District Council decided to step in.

The garden, which is used by both patients and staff, has since been transformed. Old turf has been replaced with gravel, benches have been repaired and re-painted, and new self-watering planters and plants have been installed, all creating a mindful environment for patients and staff to enjoy as we move into the summer months.

Commenting on the restoration, FCC Environment’s Contract Manager, John Whitup said: “We’re honoured to be able to give something back to St Luke’s Hospital at what is a crucial time for them. Now more than ever, staff and patients need a space they can relax in, so when we saw the appeal, we knew we had to step in”.

Cllr Jonathan Bateman, Harborough District Council’s Cabinet lead for environmental services, said: “We were delighted to partner FCC Environment on this project. All the staff at St Luke’s are doing a fantastic job treating patients in the midst of this global pandemic, and a space to unwind in is the least our healthcare heroes, and their patients, deserve”.

The project also captured the imagination of local plant and machinery business Harborough Hire, who kindly lent the project team a mini-digger free of charge.

As well as reviving the garden at St Luke’s, the crew from FCC Environment ran an Easter egg raffle which raised over £235 for Harborough Antibullying (HAB), a local charity that supports both children and adults affected by bullying.

Pictured: (Left) the run-down hospital garden as it was, and (right) after the work was done to restore it with new garden furniture added. 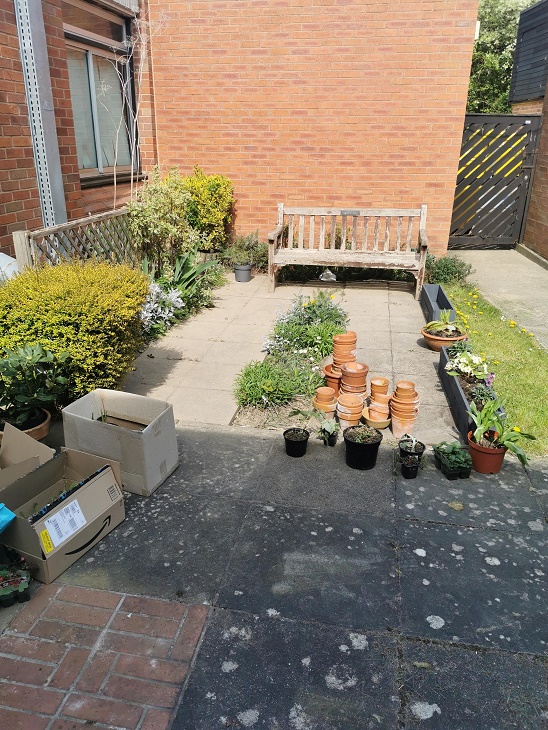