Mr Proudfoot (pictured), who has worked at Harborough District Council for 24 years, will take over the new role as Chief Executive from 2 November 2020.

Mr Proudfoot was officially appointed to Chief Executive at a Full Council meeting on Monday 28 September 2020. 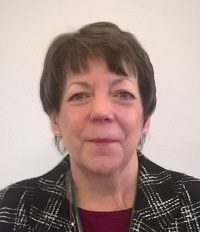 Cllr Phil King, Leader of Harborough District Council, said: “Following Beverley Jolly’s announcement to retire, we are reinstating a single Chief Executive model into the Constitution. We are delighted to appoint Norman Proudfoot to this role, who we are confident will continue to serve the Council with the utmost integrity and dedication. We look forward to building on the successes that we’ve had and delivering on the Council’s ambitious agenda.”

Cllr King added: “I would also like to take this opportunity, on behalf of everyone at Harborough District Council and all our residents, to say a huge thank you to Beverley Jolly for her tremendous dedication to public service over her 30 years at the Council. We all wish her a very happy retirement.”