Essential IT maintenance from 8am to 1pm on Saturday 31 July may cause brief downtime for CMIS and Planning Applications. Apologies for any inconvenience and thanks for your patience.

The 2020 HFM Christmas Toys on the Table Appeal is being heralded a resounding success, following an overwhelming response by the public.

Harborough Market, which is operated by Harborough District Council, served as an alternative collection point for the appeal in Market Harborough after Covid-19 restrictions and limitations of the HFM Radio studio meant that they couldn’t operate their usual drop off point. 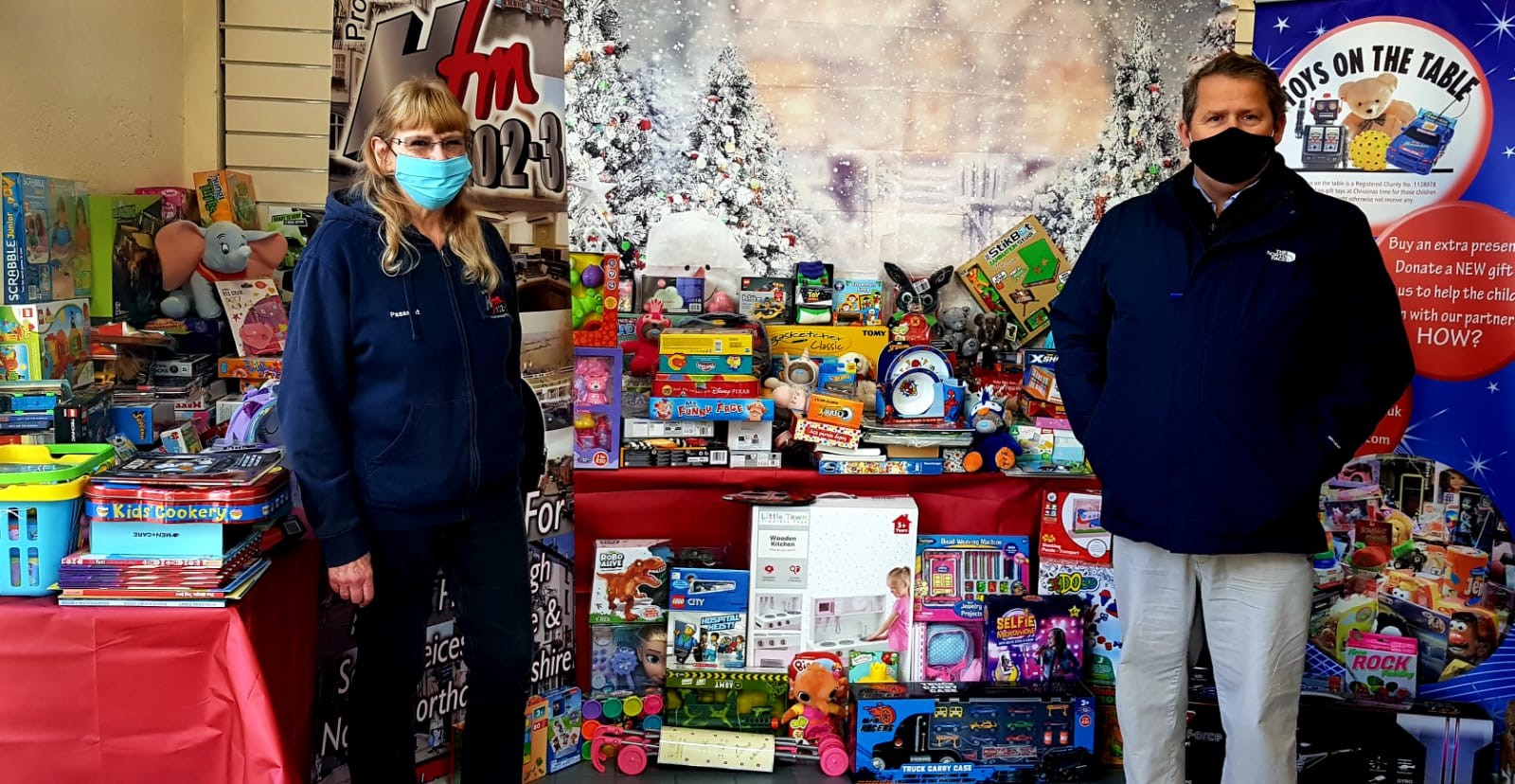 Organisers are delighted at the response, which saw over 13,500 toys and gifts being handed out to 4,400 children across Leicestershire, with incredibly over 4,000 of those toys coming from HFM listeners and Harborough Market shoppers.

Mac Clarke, from Toys on the Table, said: “On behalf the team of volunteers at Toys on the Table, we thank the Market staff for their amazing support in collecting toys on our behalf. It has enabled us, once again, to provide a package of toys or gifts to deserving children who otherwise, would receive nothing during the festive season.”

In 2019 the campaign provided more than 12,000 gifts to some 3,500 deserving children, but this year, due to the difficult situation the country finds itself in, those figures rose to approximately 4,400 children receiving over 13,500 toys and gifts.

Cllr Phil King, Leader of Harborough District Council, said: “I am delighted that we could support the HFM and Toys on the Table appeal.  The scale of the support has been phenomenal, and so I would like to say a huge thank you to everyone involved, for their generosity, compassion and kindness; from the Market staff and Toys on the Table volunteers, to individuals, schools and businesses.”

Nick Shaw, from HFM, said: “The support from the community was absolutely amazing and we can’t thank people enough for their generosity.

“We know how much of a difference the donations made to the appeal overall and would like to say a big thank you to Harborough Market for acting as the drop off point for toys and supporting the appeal.”

Pictured: Pat Stones from HFM and Cllr Phil King with some of the toys at the market collection point.