New powers are set to be introduced to tackle the use psychoactive substances and ‘legal highs’, such as nitrous oxide, linked to anti-social behaviour.

Following a public consultation in May, which saw 82 per cent of respondents in favour of the new powers, Harborough District Council’s Cabinet recommended on Monday 6 September 2021 that a Public Spaces Protection Order (PSPO) for the use of psychoactive substances be introduced in the district.

The PSPO would prohibit the use of psychoactive substances in public places; breaking the order would be a criminal offence, and could result in a fixed penalty notice or prosecution. 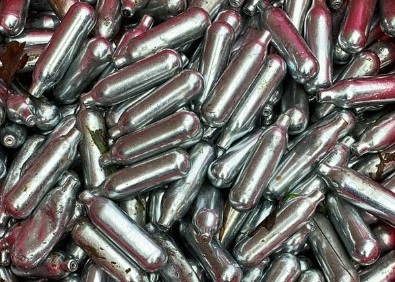 The use of psychoactive substances such as nitrous oxide – sometimes known as 'laughing gas' – in the district has led to concerns, particularly regarding the little silver canisters, often left behind in parks and other public spaces.

Cllr Simon Whelband, Harborough District Council’s Cabinet lead on community safety, said: "We have put forward these recommendations in response to overwhelming public support for these new powers. The use of so-called ‘legal highs’, such as nitrous oxide, is concerning as, not only is there an environmental impact if canisters are discarded, but they can also be extremely dangerous if inhaled and in some cases fatal.”

There are already two PSPOs in operation across the Harborough district, one for dog fouling and one for alcohol related anti-social behaviour in Market Harborough and Lutterworth town centres.

A final decision to introduce the psychoactive substances PSPO will be made by Full Council on Monday 27 September 2021.

Get advice on nitrous oxide and other substances at www.talktofrank.com/drug/nitrous-oxide