New community bus on the road thanks to funding

A dedicated charity, which helps people with mobility issues travel to destinations across the district, now has the keys to a new mini-bus thanks to generous funding.

Harborough Community Bus (HCB) launched its new mini-bus – and new garage extension – at a special ceremony on 2 September 2021 at its base off Coventry Road, Market Harborough. 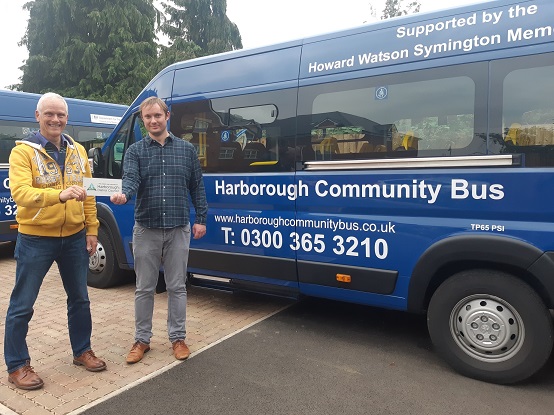 As well as £15,000 saved by the charity, the Peugeot mini-bus has been funded thanks to contributions of £20,000 from the Howard Watson Symington Memorial Charity and £5,000 from Harborough District Council’s Community Fund.

The charity’s three mini-buses have all been given ‘names’ – Louie, Val and the new one ‘Mo’ – named after some of the people who have supported the charity over the years.

The charity is also benefiting from an extension to its garage with a new ‘bus port’, built with in-kind support from friends of HCB and a £5,000 grant from the Market Harborough and the Bowdens Charity.

John Feavyour, Chair of trustees at HCB, said: “We often take our mobility for granted but many HCB members who we transport do not have that mobility whether for illness, injury, age, or poverty. This charity exists to move people around who, for whatever reason, need help. We rely totally on donations and the dedicated work of our team of volunteers. Now, thanks to very generous support we have been able to buy a third bus which means we can help more people, and I am hugely grateful for that, and to those who have helped with our garage extension.”

Cllr Simon Whelband, Harborough District Council’s Cabinet lead for communities and well-being, said: “We are absolutely delighted, alongside other organisations and individuals, to be supporting this wonderful charity which is a vital lifeline for those people who are unable to travel around the district. The dedication and enthusiasm of the volunteers involved is admirable and it’s clear that this new mini-bus will make a positive difference to many people’s lives.”

Find out more about the charity at www.harboroughcommunitybus.co.uk

You can also support the charity through the Harborough Lotto. 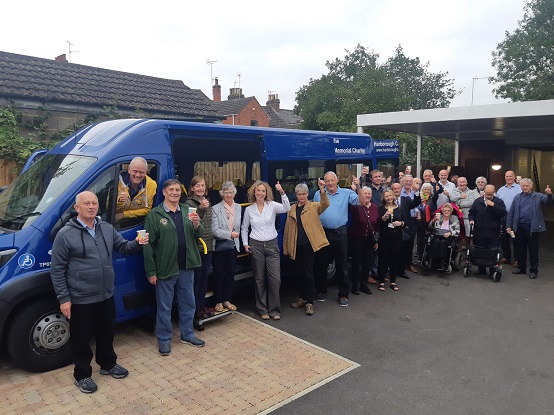 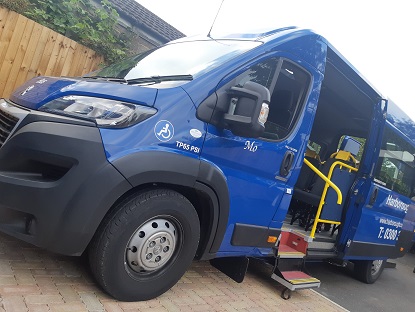 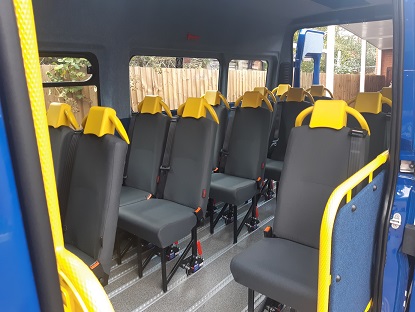