Harborough District Council has signalled its full commitment to work towards becoming carbon neutral by 2030 by ensuring climate change is a key priority in its corporate vision.

Councillors agreed, on 13 December 2021, that the Climate Emergency Action Plan is formally embedded in the Council’s Corporate Plan, which sets out its ‘vision for the future’.

This will ensure it remains a priority to support communities and businesses in reducing their emissions, as well as for the Council to continue to reduce its own emissions to net zero, as far as practically possible. There will also be quarterly updates on how the action plan is progressing to the Council’s Cabinet and Scrutiny Commission. 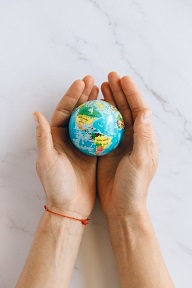 Earlier this year, the public were asked for their feedback on the action plan; with over 75% of respondents in support of the Council’s climate emergency commitments.

Cllr Jonathan Bateman, Harborough District Council’s Cabinet lead on climate change, said: “We are absolutely committed to making Harborough district cleaner and greener and working with residents and businesses to reduce our collective carbon emissions and the impact of climate change. We know there are challenges, but we are leading by example, and want to build on the huge strides we have already made by making tackling climate change an intrinsic part of our corporate vision.”

As far back as 2013, the Council made a commitment to act on climate change by signing the Climate Local agreement recognising the role local authorities have in tackling climate issues and, in 2015, the Council adopted its Climate Local Action Plan. This has contributed to a reduction in its carbon emissions by nearly half (49 per cent) since 2008.

In 2019, the Council joined other local authorities in declaring a ‘Climate Change Emergency’, with the aim of putting more progressive measures in place to reduce carbon emissions.

Harborough district currently has higher than the UK average emissions, and over 55% of emissions are due to transport. But a number of Council initiatives, over the years, have helped make a positive difference. These include promoting energy efficiency measures such as loft and cavity wall insulation which will save over 22,000 tonnes of carbon dioxide (CO2) over a 20-year period, collective energy tariff switching, more electrical vehicle charging points, solar panels on the market roof, low-carbon dioxide refuse vehicles, and ensuring new Council buildings are developed to a high environmental BREEAM ‘Excellent’ standard. The Council also signed up to the Plastics Pledge which encourages less reliance on single-use plastic.