Some of the Harborough district’s most historically significant buildings and places are being preserved for future generations thanks to the Council.

Within the Harborough District there is a wealth of nationally recognised heritage assets with 1,281 listed buildings, six historic parks and gardens, 65 scheduled monuments and 63 conservation areas, all of which are designated heritage assets and protected through national legislation. 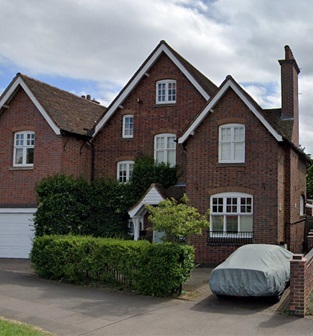 In addition to these, Harborough District Council has now identified a list of local sites of interest, known as ‘non-designated heritage assets’, which are deemed worthy of protection due to their historic, architectural or archaeological interest.

‘Designated heritage assets’ can include World Heritage Sites, listed buildings, conservation areas and scheduled monuments; and ‘non-designated’ assets are sites identified by the local authority as having local interest.

A non-designated heritage list is a way for the Council and communities to identify and celebrate historic buildings, archaeological sites and designed landscapes which enrich and enliven the area.

Once identified, assets are scored and if they meet the criteria, they are included on the Council’s Local List of non-designated heritage assets which, as well as helping to preserve them for the future, can attract tourism, business and investment.

Last year, the Council launched a public consultation asking people to nominate assets for inclusion in the list. Assets can also be identified through Conservation Area Appraisals or Neighbourhood Planning.

The following are the first entries to have been included in the Local List, which will be reviewed annually:

Inclusion on the list does not mean it is open to the public. People can read more and view photos of all the heritage assets on the Council’s website.

Cllr Phil King, Leader of Harborough District Council, said: “Whilst not an exhaustive list, the assets identified so far play an essential role in building and reinforcing the sense of historic character and distinctiveness of the district. By identifying and protecting these assets, we are in a stronger position to preserve them for future generations through, for example, the Local Plan or planning applications. Thank you to everyone who helped us compile this list.”

Anyone who wants the Council to consider a site or building for future inclusion in the list can email planningpolicy@harborough.gov.uk

A programme of appraisals of conservation areas in the district is also underway to define, record and justify why a place should be designated as a ‘conservation area’. A conservation area has ‘special architectural or historic interest, the character or appearance of which it is desirable to preserve or enhance’. Shearsby conservation area is the first to undergo an appraisal, as part of the programme, which, following consultation with villagers, has been recommended for approval by the Cabinet.