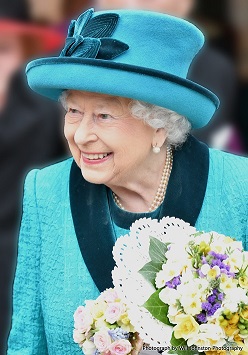 “This is a very sad day for the country. Our elected councillors and council officers join the nation in mourning the death of Her Majesty The Queen.

“Her Majesty dedicated her life to the service of this country and the Commonwealth and was patron of over 600 organisations. Alongside her duties as Head of State, The Queen was also a great grandmother and mother, and devoted to her family, and our thoughts and prayers are with those close to her at this sad time.

“Some people will remember fondly when The Queen and the Duke of Edinburgh visited Market Harborough railway station in 1967 before travelling by Royal train to Rugby. Her Majesty and the Duke were introduced to civic leaders before boarding the train. The occasion was captured on film by local amateur film makers.

“During the Royal mourning the Union Flag will be flown at half-mast at Harborough District Council.”