Lutterworth’s brand new museum has officially opened its doors to the public with the aim of bringing to life the last 2,000 years that have made Lutterworth what it is today.

Lutterworth and District Museum has moved from its old premises in Gilmorton Road to its new base at Lutterworth Town Estates’ £1million High Point building, so-called as it’s the highest point in the town, near to The Shambles pub.

Trustees said the intention is to be able to show the origins of the town, through static and interactive exhibits, with informative video and audio presentations which explain the journey through history. 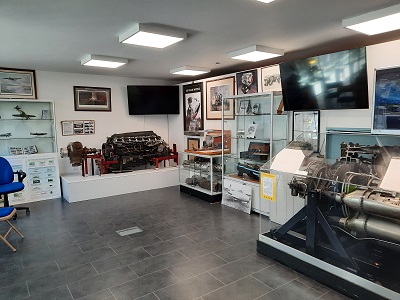 As well as fascinating artifacts, photographs and memorabilia, there are displays about John Wycliffe who completed the first translation of The Bible from Latin into English in 1383, jet engine pioneer Sir Frank Whittle, and a Rolls Royce Merlin Engine that was recovered from a Hawker Hurricane Mark 1, a World War II Fighter Plane that was shot down during the Battle of Britain in 1940.

Special artwork, created by the ‘Artsy Twins’, and depicting Lutterworth’s history, has also gone on display at the museum to celebrate the launch.

The opening is the culmination of a huge amount of hard work from the Museum Trustees and Lutterworth Town Council, supported by Lutterworth Town Estates Charity, Museums Development East Midlands, Leicestershire County Council, Harborough District Leisure Trust, and Gazeley Properties. Support has also come from Harborough District Council with £150,000 of section 106 funding, paid by developers in areas of new housing, towards the High Point building, and over £17,700 for display cases for the museum.

The High Point building was granted planning permission by the Council in 2018, and since then trustees have been busy preparing for the public opening. 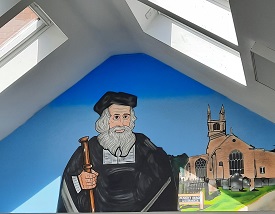 Tony Hirons, Chairman of the museum trustees, said: “We had a sneak preview of the museum over the bank holiday weekend with over 250 people attending; we now hope even more people will come and see what we’ve been doing. We also hope to have a formal opening later in the year.”

Cllr Simon Whelband, Harborough District Council’s Cabinet lead for grants, said: “We are absolutely delighted to have been able to support this exciting project which will provide a permanent base for the museum to showcase the town’s past and how it has shaped the present.”

Cllr Phil King, Leader of Harborough District Council and tourism lead, said: “I really hope as many people as possible come and see what the museum has to offer. Lutterworth has a rich and varied history and I am pleased that this new museum will become a focal point of the town for both local people, and visitors to the area.”

Find out more about new Lutterworth and District Museum at www.lutterworthmuseum.org 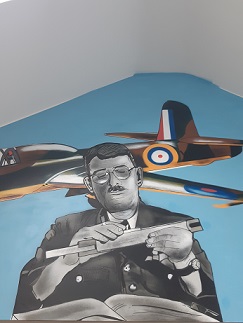 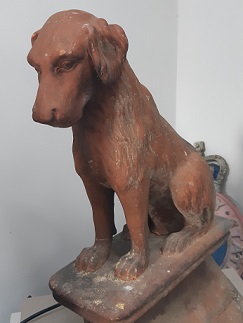