The district council and building industry firms are celebrating this week after scooping accolades at a prestigious awards event. 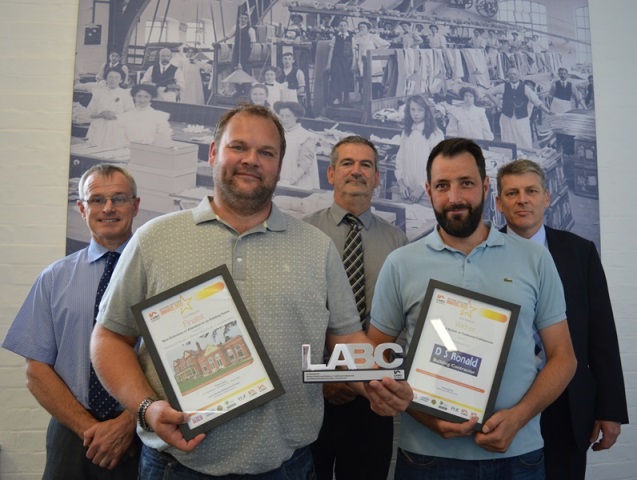 Winner in the category of the Best Local Builder or Traditional Craftsperson was Market Harborough-based builder Dave Ronald of D S Ronald. The award commended the firm’s creative approach to projects in the Harborough district and innovative construction, as well as its attention to detail and positive testimonials.

Dave, who was at the event, said he was “elated” to win the award and now goes through to the National Awards in London on the 10 November 2015.

Also, highly commended in the category for Best Partnership with a LABC Team was the partnership between Harborough District Council and Midlands-based firm Chetwoods Architects. The company has worked with the council for 20 years, undertaking projects ranging from small buildings to large-scale industrial units.

The awards saw Harborough District Council submit eight nominations overall for various constructions projects within the district and for building industry firms, represented by over 40 people at the awards on the night.

Cllr Blake Pain, leader of Harborough District Council, said: “We have never before entered a nomination in the ‘best builder’ category but David’s work with the district council has been fantastic. He has worked with the team on 40 jobs over the past year and is very deserving of this award. As well as this, it is especially pleasing that our excellent professional relationship with Chetwoods Architects has also been recognised. Congratulations to these, and all the local nominees.”