A war memorial in the Harborough district has been respectfully restored to its former glory. 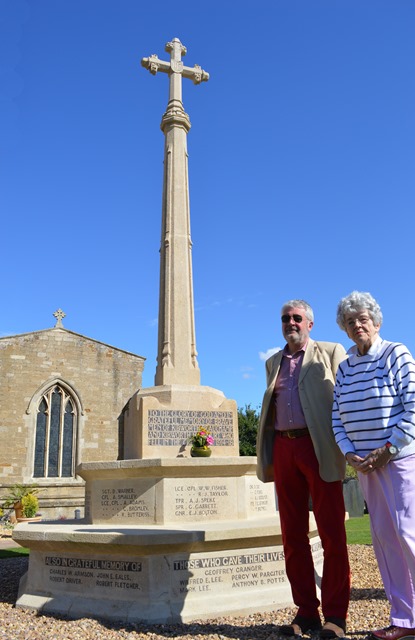 The 15ft tall war memorial, situated in the grounds of St Wilfrid’s Church in Kibworth Beauchamp, has been unveiled to villagers after a £15,000 restoration project funded by Harborough District Council.

Villagers have praised the meticulous restoration saying it is “absolutely marvellous”.

The project took place in two stages. The first stage included the cleaning of the war memorial and work to inscriptions, along with new pea gravel surrounding the base. This was carried out in October 2014.

The second part of the work, which took place over the Spring, saw the war memorial carefully dismantled, and a new foundation created. The memorial was then rebuilt in its original position.

Local resident Sheila Leslie-Miller, who has a relative’s name inscribed on the memorial, said: “I was very concerned that the memorial was leaning and that you couldn’t read the names on it; then when I found out I had a relative mentioned on it we decided to get together and approach the district council. The positive response to the restoration from local people has been quite astonishing. It is absolutely marvellous and a credit to the council.”

Ward councillor for Kibworth, Chris Holyoak, said: “You can see the real care and attention which has gone into the restoration to this hugely important memorial in the village. Well done to all involved.”

Cllr Phil King, ward councillor for Kibworth, said: “The council funded a number of war memorial restorations across the district last year to mark the 100th anniversary since the start of World War One. We are proud to have been able to do this and delighted that the works have been so well receive by the community.”