A group of young people got the chance to learn more about democracy at the Houses of Parliament after winning a competition. 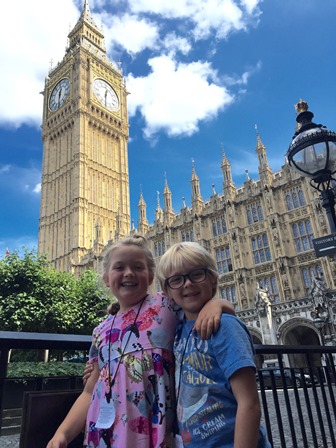 To celebrate the 800th anniversary of the signing of Magna Carta at Runnymede in 1215, Harborough Museum and Market Harborough Library, in partnership with Harborough District Council, invited young people to enter a competition to design their own Magna Carta.

The Magna Carta was an agreement between King John I and English barons to protect certain rights, including access to justice. The competition encouraged young entrants to share the kind of rules they felt were relevant to their lives.

Cllr Blake Pain, leader of Harborough District Council, said: “Through my role on the LGA culture, tourism and sport board I wanted to highlight the importance of the Magna Carta and its place in history and I am pleased that this competition generated such involvement. Well done to all the winners.”

Councillor Richard Blunt, Leicestershire County Council’s cabinet member for museums and libraries, said: “The competition allowed us to support local young people in learning more about this important part of the country’s history.”

Sir Edward Garnier MP, who judged the competition, said that he had been hugely impressed by the quality of the entries and the children’s interest in the subject.

The winners, who all received a special invite to attend the Houses of Parliament, were:

Sir Edward Garnier MP said: "I know those who have already visited Westminster thoroughly enjoyed themselves because they very politely sent me a thank you letter afterwards. Clearly these children have got excellent manners as well as creative talent! As I said in the summer when judging the contest, it is so important to foster in our young an understanding of our past and to place our modern democratic institutions, such as Parliament, in that historical context. I am delighted that these youngsters had the opportunity to come to see the Houses of Parliament and hope they and their parents will remember the visit for many years to come."

Pictured: Visiting the Houses of Parliament in London were Jacob Cattell (7) and Gracie Cattell (9), who were among the winners of a Magna Carta competition