A local firm is celebrating winning a prestigious national building award after being nominated by the district council. 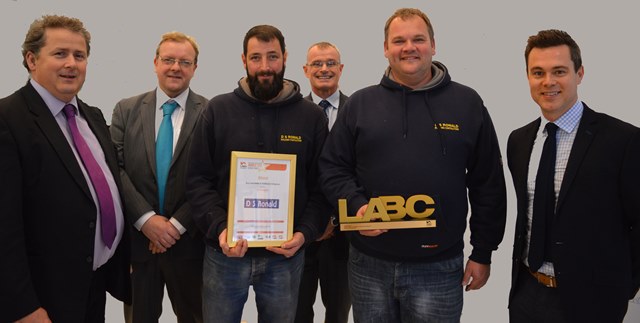 D S Ronald beat odds of 12-1 to take the national prize. It is the first time a nomination put forward by Harborough District Council has scooped a national award.

The award commended D S Ronald’s creative approach to projects in the Harborough district and innovative construction, as well as its attention to detail and positive testimonials.  The firm had been entered into the national LABC finals having won the same category at a regional level in July 2015.

The national awards ceremony was hosted on the night by comedian and impersonator, Jon Culshaw, best known for his show Dead Ringers.

Dave Ronald, who runs D S Ronald with Peter Ward, said: “This win is a wonderful achievement and recognises the hard work and effort that everyone involved with the firm has put in.”