A fleet of brand new recycling and waste vehicles – all named after historic aeroplanes – will be seen out on the streets from this week. 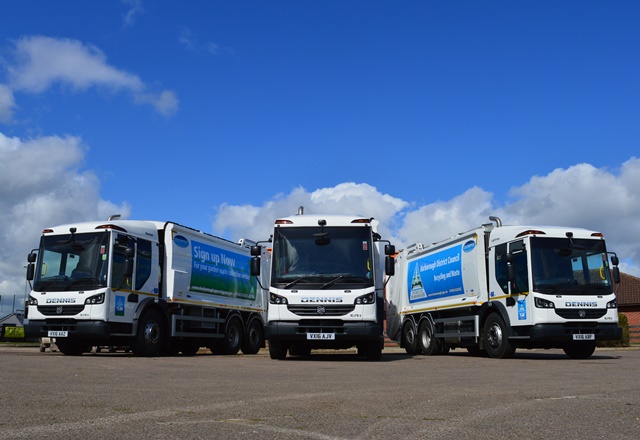 The Dennis Eagle vehicles – featuring eye-catching graphics –boast both lower emissions and reduced fuel consumption and will replace outdated collection lorries. They also feature 360 degree cameras for improved safety – particularly for cyclists and pedestrians – and in-cab technology to give drivers real-time information on operational issues as they go about their rounds.

In the lifecycle of the new vehicles it is estimated they will make a total of 14 million bin pick ups.

To reflect the district’s heritage, each lorry has been given individual names synonymous with aircraft that have been based at Bruntingthorpe Aerodrome. Names such as Vulcan, Comet, Harrier and Nimrod will now be visible on the vehicles’ cabs as they make their collections. 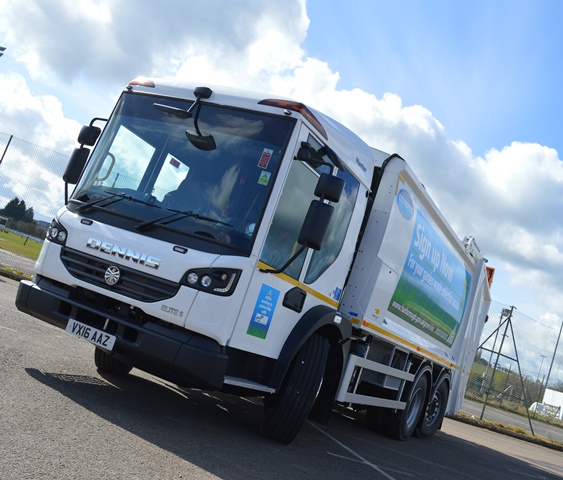