Special guests and dignitaries were given a unique insight into Lutterworth’s fascinating heritage during a fundraising tour of the town. 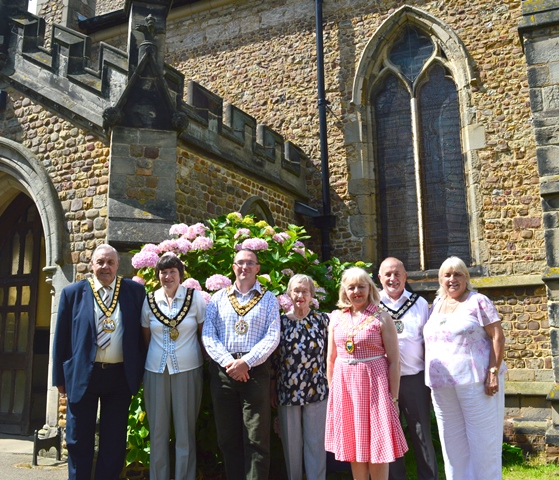 Harborough District Council chairman, Councillor Janette Ackerley, hosted her civic colleagues from around the county on a tour of her home town of Lutterworth, to raise funds for her chosen charity, Rainbows.

The civic party enjoyed a visit to the recently renovated Lutterworth Museum, guided by museum volunteer Geoff Smith, to learn of the local connection to Sir Frank Whittle and the invention of the jet engine.

They also visited St Mary’s Parish Church for a tour by former church warden Tony Hirons who shared some of the history of former rector John Wycliffe, church reformer, who first translated the bible into English in 1382.

The tour concluded with afternoon tea at Lutterworth Golf Club.