A councillor, who has served the Harborough district for a decade, has stepped down. 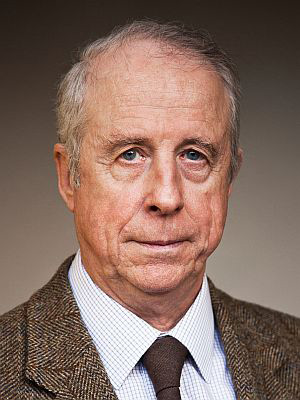 John Everett, who was a councillor for the Misterton ward, was first elected to Harborough District Council in 2006 representing the Conservative Party.

He officially stepped down on 1 September 2016 after relocating from his home in Walcote to Brentwood in Essex to be closer to his family.

As well as representing the Misterton ward, in the last year Mr Everett (pictured) has been chairman of the ethical governance committee (formerly standards board).

A former assistant master at Lutterworth Grammar School in the 1960s, Mr Everett set up his own software business in 1983 which he was involved with up until his retirement.

He is also a vintage car enthusiast and proud owner of a Morgan sports car. He plans to step down from his role as chairman of Foxmog, a group for local Morgan owners, in October.

Mr Everett said: “I have thoroughly enjoyed representing the ward I have lived in for over 40 years but with a second grand-child having arrived we have moved to be closer to family.”

Cllr Blake Pain, Leader of Harborough District Council, said: “I am sure the residents in John’s ward, like us, will miss his hard work and contribution. However we wish him, and his family, all the best for the future.”

A notice of casual vacancy has been published due to the resignation of John Everett from his seat as a District Councillor for Misterton Ward. Harborough District Council will now await a request for an election to be held to fill this vacancy. Information regarding any potential by-election will be published on our website.