A campaign, aiming to crackdown on the blight of flytipping in Harborough district, has already seen a fine issued – with potentially more to follow. 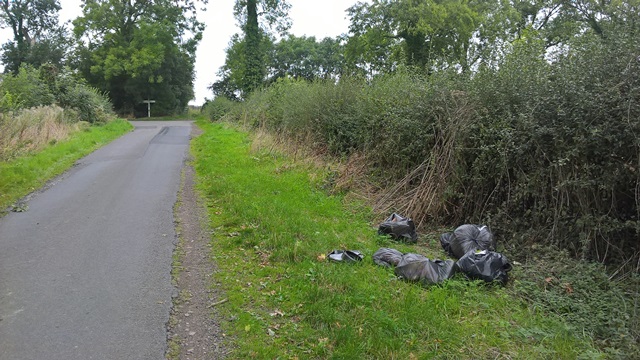 Hidden cameras, information from the public, and other methods, are being used to catch those responsible.

The council says the fine – relating to an incident in Gumley – is a direct result of more people reporting flytipping since the launch of the campaign.

Further investigations, with regard to other flytipping incidents, are ongoing and the council says these could also result in fines being issued.

Cllr Neil Bannister, who has responsibility for environment and regulation at Harborough District Council, said: “People have really got behind this campaign which is fantastic. I hope this fine sends out a strong message that we will take action against anyone caught.”

Cllr Bannister added: “We are using cameras, and other means, to catch those responsible so the message is we are watching.”

As part of the Tip Off campaign launch the council temporarily dumped a pile of flytipped rubbish in Welland Park to dramatically show how much waste is being dumped illegally and to encourage people to support the campaign.

More information for residents, businesses and landowners, as well as the ‘dos and don’ts’ of waste disposal, is available on the council’s website.

Report incidences of flytipping to Harborough District Council at www.harborough.gov.uk/tipoff

Pictured: The flytipping by a road in Gumley which resulted in the fine.