A young boy from Market Harborough was swept away with delight after fulfilling an ambition to ride on a council road sweeper. 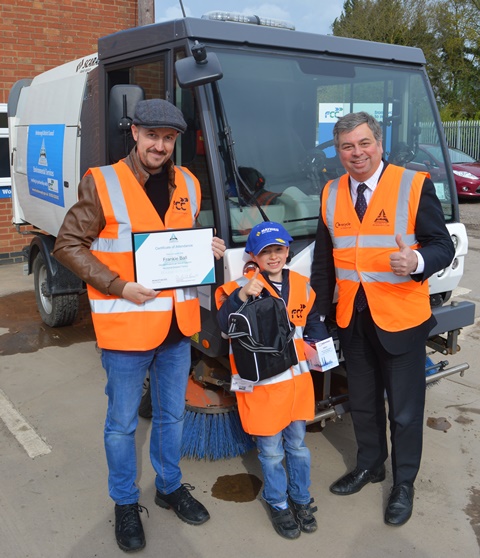 Since he was a youngster Frankie has been obsessed with mechanical road sweepers and asked his dad Will to contact the council to ask if he could see one close up. 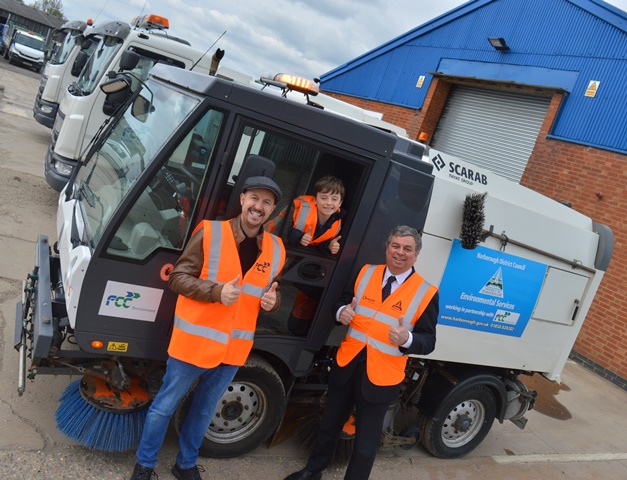 On Monday, he was shown around the depot with his dad and got the chance to ride on small, medium and large road sweepers with a member of the street cleansing team and the Leader of Harborough District Council Neil Bannister.

Frankie, who goes to Market Harborough C of E School, said: “It was great. I loved all the brushes going around and seeing inside.”

Councillor Bannister said: “It was great to see Frankie’s enthusiasm about how we use the vehicle to clean the streets around the district and I’m happy we could help fulfil this ambition for him.”

After being treated to a ride in the passenger seat of a small, medium and large road sweeper Frankie was presented with a model road sweeper, bag, cap and certificate by the council leader.

Frankie’s dad Will said: “We have no idea why it is that Frankie loves them so much but, ever since he could walk, he’s been running around the house pretending to be a road sweeper. He’s even ties a brush to his bike and rides around sweeping the garden. It was a lovely gesture by the district council and FCC Environment to allow Frankie, and myself, to come along and I’d like to thank them for a great day.”

John Whitup from FCC Environment said: “Frankie clearly enjoyed himself and loved seeing how the road sweeper was operated. With this enthusiasm, maybe one day we’ll be taking him on as an apprentice!”