Councillor Lesley Bowles has been elected as the chairman of Harborough District Council for 2018/19. 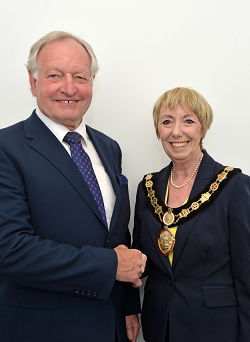 Cllr Bowles, who is district councillor for the Bosworth ward, took over from outgoing chairman Cllr Grahame Spendlove-Mason on 21 May 2018, having been vice chairman for the past year. She was first elected to Harborough District Council in 2013 and has two daughters, Lauren and Lynsey, and two grandchildren. Her partner, Kevin Cooper, will act as consort during her year, sharing duties with Cllr Bowles’ sister Clare.

She wanted to be  a political agent from a young age and achieved that ambition by becoming agent for the Harborough Conservative Association in 2006, supporting Conservative candidates from Local, Parliamentary and Police Crime Commissioner elections.

Cllr Bowles will donate any monies raised during her year  to charities across the District supporting Dementia.

Cllr Bowles said: “I am honoured to be the Chairman of Harborough District Council, representing and promoting the district during my year.”

Previous Chairman Grahame Spendlove-Mason attended around 80 engagements during his civic year  including celebrating Armed Forces,  several events at Foxton Locks, and in his Great Glen ward, as well as a royal visit to Kibworth; and presented the Citizenship Cup (last presented in 2011). 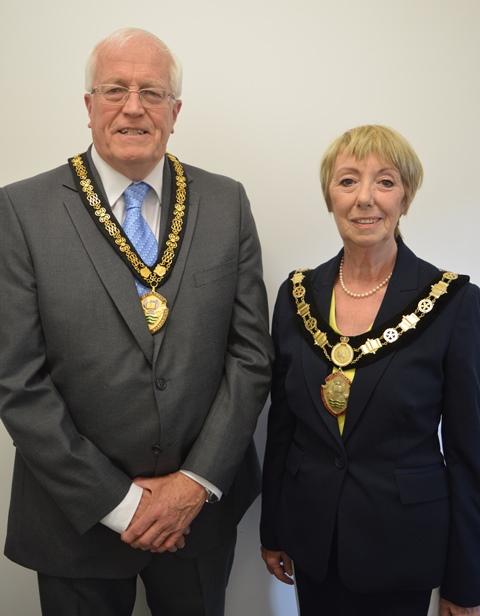