A poignant reminder of those local people who made the ultimate sacrifice during World War I has been installed next to a town war memorial.

Harborough District Council has installed the striking metal figure next to its War Memorial on The Square in Market Harborough. Other figures are planned for Lutterworth and Broughton Astley.

The installation – which is already attracting interest and favourable comments from passers-by – is part of the district council’s plans to commemorate the centenary of the end of World War One, as well as the anniversary of 1918 Representation of the People Act which, for the first time, gave women the right to vote. 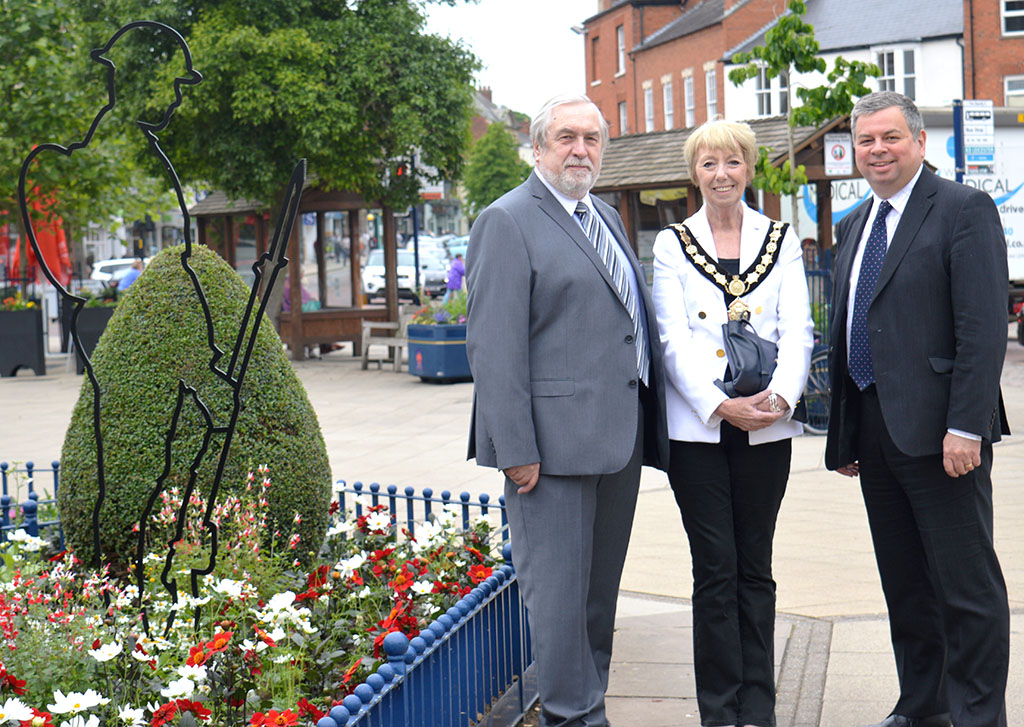 Cllr Neil Bannister, Leader of Harborough District Council, said: “This is a subtle, yet deeply profound, piece of artwork which is already resonating with local people in a positive way. I hope it serves as a poignant, and daily, reminder of those heroic soldiers, from the district, who gave their lives for our country during The Great War.”

Cllr Phil Knowles, Leader of the Opposition at Harborough District Council, said: “We’re delighted with this appropriate memorial for the whole district. It’s an opportunity to reflect on the sacrifices made for us all.”

Cllr Mike Rook, the council’s Armed Forces Champion, said: “The silhouette is an impressive symbol and the positive comments from residents have been very pleasing. For such an important anniversary, this commemorative figure is suitably striking.”

Cllr Lesley Bowles, the council’s chairman, said: “A lovely figure, it’s a reminder to everyone, across the generations, of the arrival of peace and the years of struggle and sacrifice that came before.”

Other plans, as part of the commemorations, include naming streets after those who fought in the 1914-1918 war and/or women who fought for the right to vote, plus installing decorative metal benches which commemorate the end of World War One.